This is the most complete estate to have survived the fall of the Roman empire. It is a larger and grander version of the type of layout praised by Pliny the Younger. Though ruthless, Hadrian was a great emperor, an intellectual, a poet and a designer. His nickname 'Greekling' reflects his admiration for Greek culture. Hadrian was born in Spain, near Seville, and loved to have garden features representing places visited in his years as a military commander. He travelled more extensively than any of his precedessors. In Greece, he could see the villas made after Alexander the Great's conquest of the East. In Egypt he could admire the 'land of wonders'. His own villa was a lavish water garden. The Canopus at Hadrian's villa, is a pool representing a branch of the Nile. It was used for summer banquets and is dedicated to Serapis, an Egyptian who was worshiped, licentiously, by the Romans. A Lyceum was inspired by the Academy in Athens. The Maritime Theatre is ringed by Ionic columns and a circular canal. A stadium, like the hippodrome which Pliny describes, was also used for state banquets. The Piazza d'Oro, a third banquetin area, is a peristyle garden which was richly adorned with fountains and statuary. Hadrian had baths, theatres, libraries and appartments. Most of the sculpture was removed from the site during renaissance excavations but enough remains for visitors to appreciate the magnificance of a Roman imperial garden. Some spaces are enclosed and some give views over the surrounding countryside. There is no axial plan or other geometrical relationship between the estate components. The villa is a kilometre in length and half a kilometre in width. 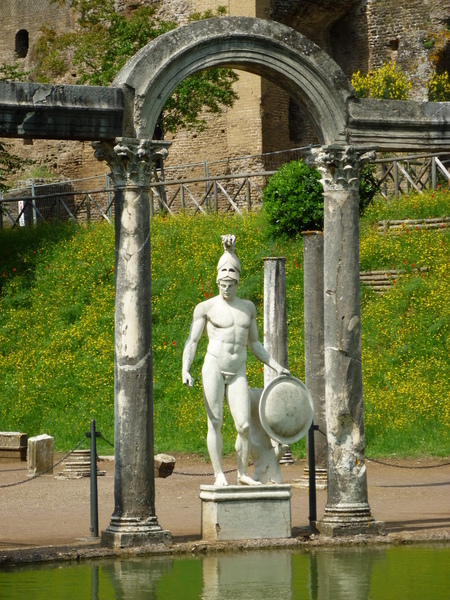 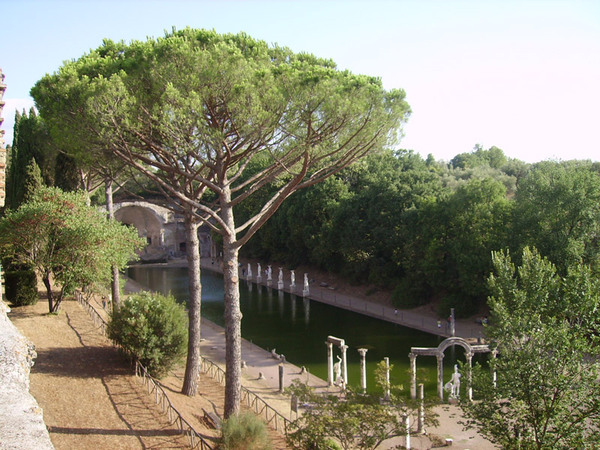 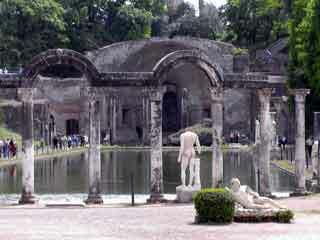 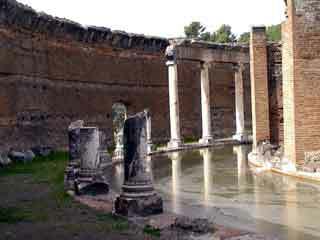 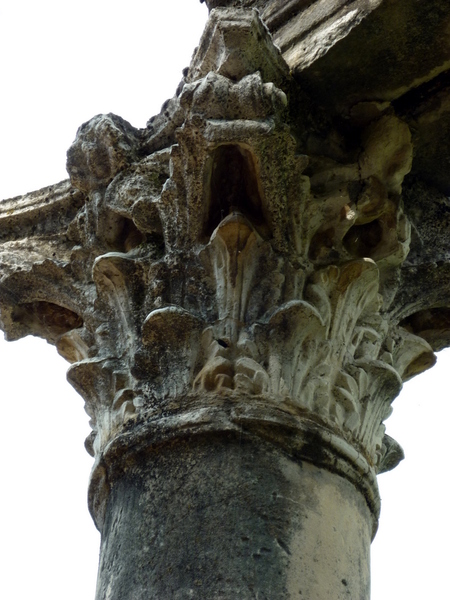