Like so many of its predecessors, the baroque garden at Schönbrunn was made as a demonstration of power and an ambition 'to outshine Versailles'. Maria Teresa took control of the Holy Roman Empire at the age of 23, in 1740, apparently too young and too beautiful for her responsibilities. As Archduchess of Austria, Queen of Hungary and Queen of Bohemia, she rulled a tottering Empire with her French husband. Schönbrunn's palace and garden were built during and after a series of disastrous wars with Frederick of Prussia. Work began on the palace in 1744 and on the park in 1753. Its colour is known as 'Vienna Yellow' or 'Maria Teresa Yellow'. The cares of empire and mothering 16 children, including Marie Antoinette of France, left the Empress stout, self-willed and defiant. Parterres and other features were made in the 1750s. Her husband, who established the zoological and botanical gardens at Schönbrunn, died in 1765. The zoo (Tiergarten), dating from 1752, is described as the 'oldest in the world', though it was not the first. It has a baroque plan and a pleasant atmosphere. The hilltop Gloriette, which gives the garden its Baroque focus, was completed in 1775. A fine Roman Ruin was made in 1778, as a monument to recovery after disaster. They represent Carthage after its defeat by Rome. The park was opened to the public in 1779. Schönbrunn's scale is awe-inspiring. Many of the illustrations, showing the garden from the Gloriette, show a lack of charm, though the garden looks much better from the balcony of the palace. The slow spread of fashion hardly explains the appearance of a Baroque garden so late in the chronology: the Empress who kept order used the style as a demonstration her ability to keep order. Later, Schönbrunn became a natural choice for Napoleon's headquarters. In 1918, the last Habsburg Emperor abdicated at Schönbrunn. Strolling round the garden, one can reflect on why the Empire itself became a ruin. Was it pride, laxity or age? Winston Churchill comparison of Vienna without its empire to an elephant in a backyard has a special resonance at Schonbrunn, which could be viewed as the backyard. The grounds were opened to the public by Joseph II in the late-eighteenth century. 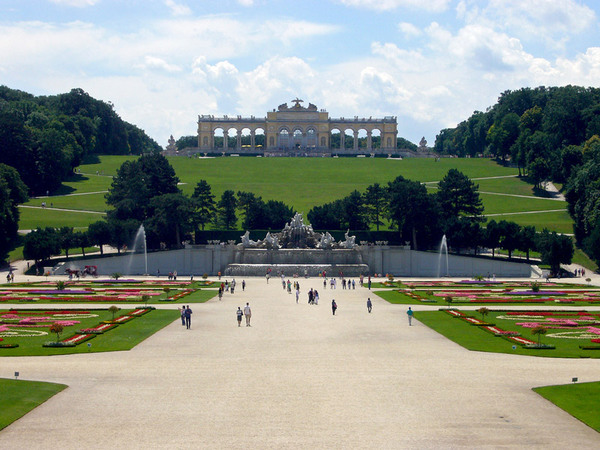 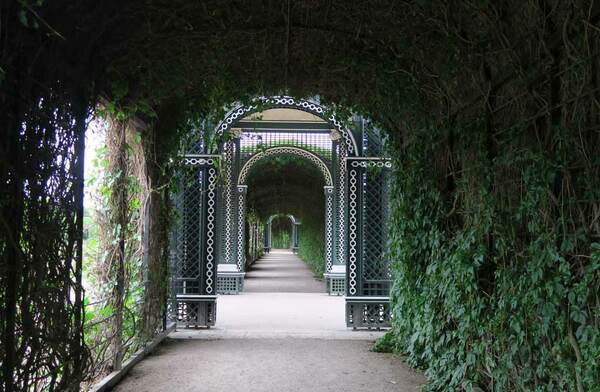 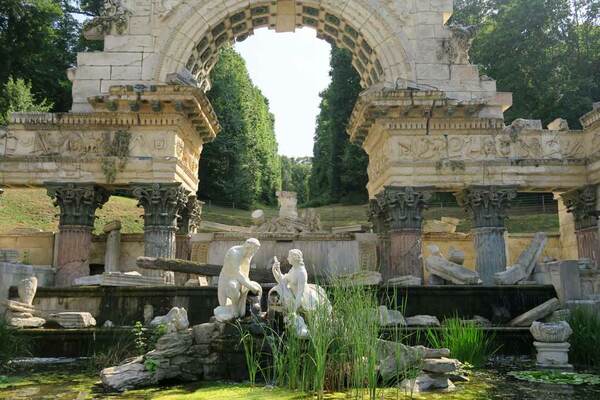