The Heldenplatz (Hero's Square) was designed in conjunction with the last wing of the Hofburg, the Neue Burg, completed in 1913). Like the building, its character is bombastic. This gave the place a natural appeal to Adolf Hitler who, in 1938, used the central balcony of the Neue Burg to proclaim to the crowd in the Heldenplatz that 'As Fuhrer and Chancellor of the German nation and the German Reich, I hereby announce to German history that my homeland has entered the German Reich'. One must detest everything which followed the Anschluss - but recognize the speaker's discrimination with regard to the location for his speech. Unquestionably, it is a place of power. 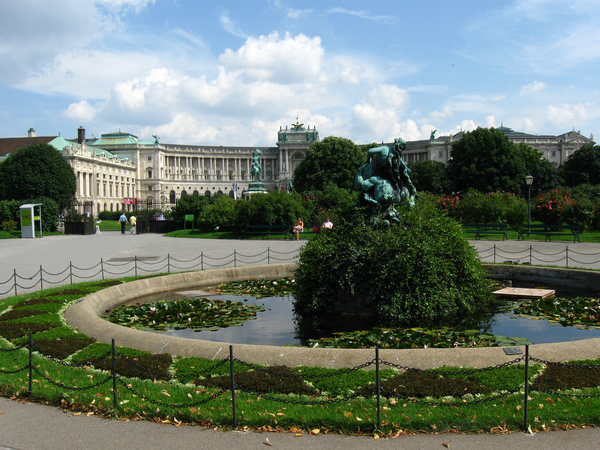