The Hofburg (court palace) was the seat of of Habsburg power. The Burggarten (court garden), like the Volksgarten, was made after Napoleon's army demolished the defensive structures which previously occupied the land. Designed by Franz Antoine, the court gardener, it served a private royal garden for the Habsburg family, from the time of its design (1818) until the end of the empire in 1918. Kaiser Franz II occasionally worked in the garden himself. The 'English' layout makes it popular with office workers who wish to relax on the grass. There is a Mozart Memorial on the southwest of the garden, with bedding plants used to draw a musical clef. Northeast of the garden is the Palm House, designed by Friedrich Ohmann in the Jugendstil (German Art Nouveau), used partly as a butterfly house and partly as an elegant café. 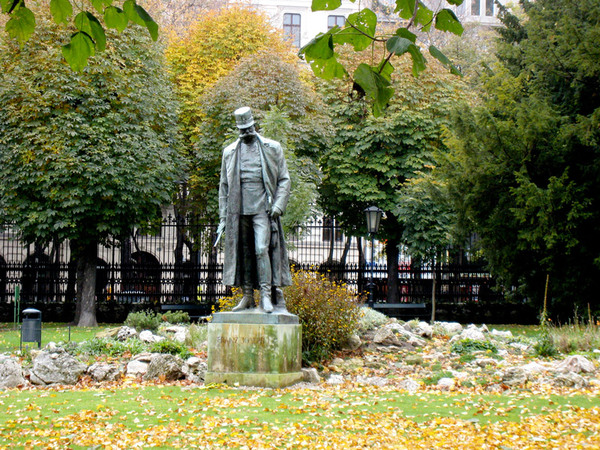