Pliny wrote about his lovely seaside villa at Laurentum, west of Rome. Many authors have drawn garden plans based on his words. A site was found at Castel Fusano in 1935. It has been excavated and is marked on local maps as Villa di Plinio. The layout does not fit Pliny's words, and its identification has been challenged by Ricotti, but it is undoubtedly of a similar age and has a similar location. One can see the outlines of a peristyle court, a pool and a mosaic floor. But the most evocative features of the site are the sea air, the sandy soil, the springs, the pine trees and myrtles. Pliny writes of: the beauty of the villa; the extensive view of the sea-coast, in some places being closed in by woods, in others extending over broad meadows; a courtyard in front which is plain, but not mean; porticoes shaped into the form of the letter D; a bright pleasant inner court; a family gymnasium; a gestatio which is bordered round with box, and, where that is decayed, with rosemary; a garden chiefly planted with fig and mulberry trees; a terrace fragrant with the scent of violets, and warmed by the reflection of the sun from the portico; an upper end of the terrace with a detached garden building; wells about the place, or rather springs; neighbouring woods which supply us with all the fuel we require; a whole coast very pleasantly sprinkled with villas. In 1982 Ricotti argued that the real site is to the south of the village of Laurentum, which Pliny mentions. She states that the brickwork of the villa found in 1935 is of a later date and its plan is totally at odds with Pliny's description. Ricotti has also attempted a reconstruction of the plan, following those of Robert Castell, Marie-Luise Gothein, Helen Tanzer and many others. 'Deep in the woods', Ricotti found, 'the ruins of a large building, the second one starting from the Vicus Augustanus and going toward Laurentum'. 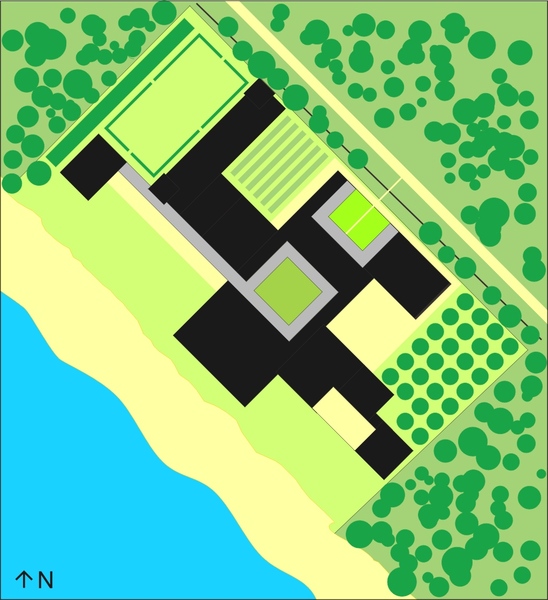 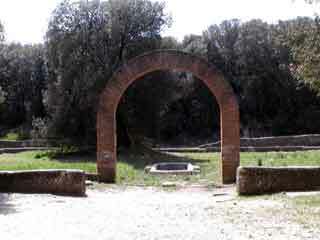 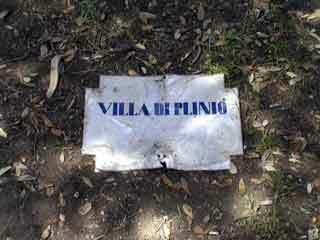