An Elizabethan house (1585) with an 18th-century landscape park and a twentieth century Arts and Craftsgarden. There is an avenue of pleached limes, a circular lawn, yew hedges, a rose garden, a white garden, a pink garden and a lily pool with a summer house. 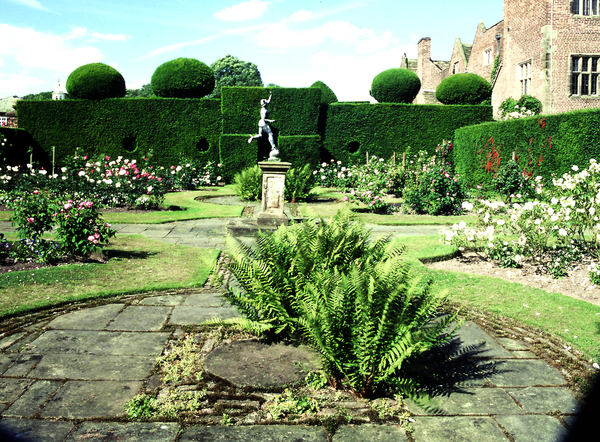 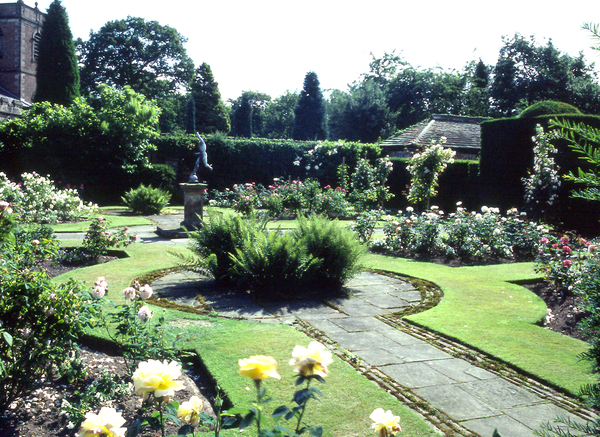 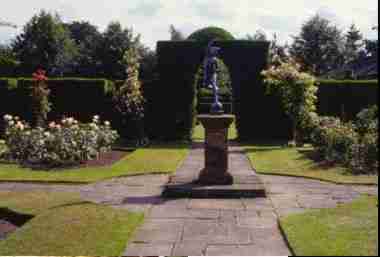 The Tudor manor house is a rare gem that has a fascinating history, whilst being very much a family home.

This Elizabethan house was built in 1585 by Sir Randle Mainwaring, although it is believed that the Mainwaring family lived on the site some time before that â€“ the outline of an earlier moated building can be seen on site of the still-active sawmill.

The fourth baronet Sir Henry added a new wing to Peover Hall in the 1760s. Unfortunately the family line died out with Sir Henry and the estate passed to a relative, Thomas Wettenhall his half brother who adopted the Mainwaring name. A new baronetcy was created for his son Henry, a famous Master of the Cheshire Hunt. The Peels, bought the hall and estate in 1919 before the Brooks family acquired it in 1940.

Peover Hall was used as headquarters for General Patton and the US Third Army to train for the D-Day landings in 1944. It also housed a prisoner-of-war camp. The condition of the house had deteriorated badly, partly as a result of a fire started by a GI, by the time the Brooks family returned in 1950, and the family undertook a major programme of restoration.

The house boasts splendid oak panelling, a long gallery, and has been furnished with contents many of which were acquired at country house sales and have a historic connection to Peover and the Mainwarings.

The Grade I listed stables are the finest of their kind, built in 1654, were a gift from Ellen Mainwaring to her son Thomas, who became baronet in 1660. Their horses were splendidly housed among carved Tuscan columns and arches, and an elegant strapwork plaster ceiling. The chapel in nearby St Lawrenceâ€™s Church has monuments to Ellen and her husband Philip Mainwaring.

The beautiful gardens at Peover Hall have a classical feeling, containing a 500 year-old oak tree and an avenue of pleached lime trees.