An old country manor was transformed into an elegant baroque garden between 1747 and 1780. Much of the layout and detailing is French-inspired and was by a French designer (Jean-Baptiste Robillon). Marble stautes were made in Italy and lead statues by John Chere in England. The the tiled canal and bridges are uniquely Portuguese. The upper garden has a parterre with statues of knights. A curved and balustraded staircase, ideal for elegant descents in fine clothes, leads to the lower garden with its glazed canal. During festivities, barges with musicians used to ply the canal. Queluz was a royal garden, designed for royal festivities, but its scale is more intimate than many of its contemporaries. The main façade of the palace looks inward to two parterres, known as the Pensile Garden and the Garden of Malta. The gardens had many domestic features, including small gardens and bird cages for the royal children. The fountains were stocked with black and white swans. Despite its domesticity, Queluz is often classified as the Versailles of Portugal'. 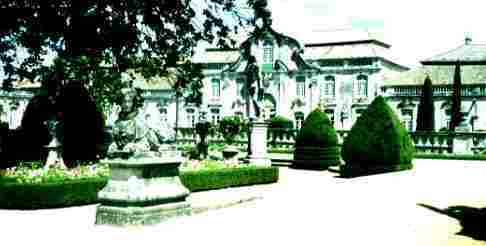 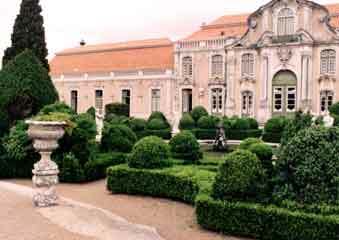 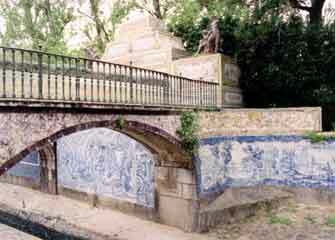