Nanzen-ji is a Zen Buddhist temple in Kyoto. It began as a detached palace in 1264 but was repeatedly destroyed by fire and most of the old garden was lost. A new Zen garden, called the Leaping Tiger Garden, was made after 1611 and is a good example of the karesansui (dry garden) style. . It has a large sand rectangle enclosed by a buildings on two sides and a sloping bank on another side. The bank has rock compositions at its foot which can be seen as tiger cubs or as a turtle and a crane (animals associated with the Isles of the Immortals). Nanzenji is now the headquarters of the Nanzen-ji branch of Rinzai Zen. 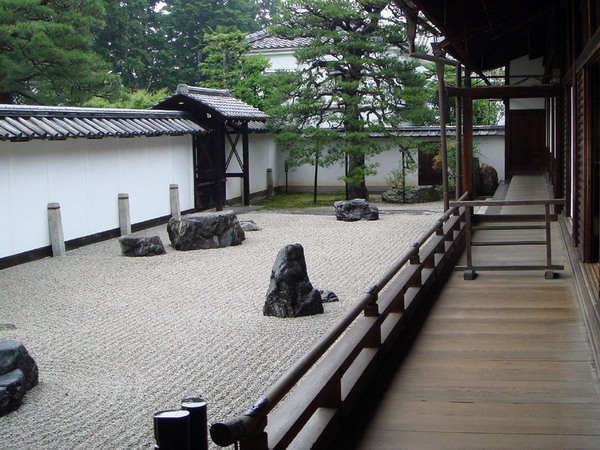 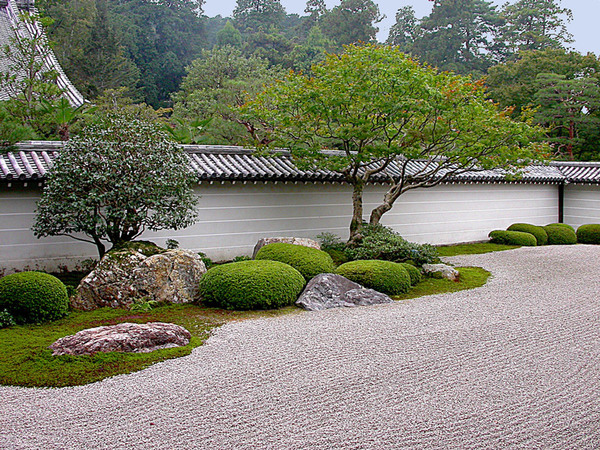