The garden was designed as a country house for the Shogun Yosimasa and then became a temple garden. It is approached by a narrow walk lined with bamboo. The space then opens to show a large treasure pond which has two islands. The roof of the pavilion was intended to be covered with silver leaf. A low mound has white quartz, raked to symbolise waves and designed to be viewed by moonlight. The garden has a sho-in (scholar's seat) belonging to the Muromachi Period (1333 - 1573). 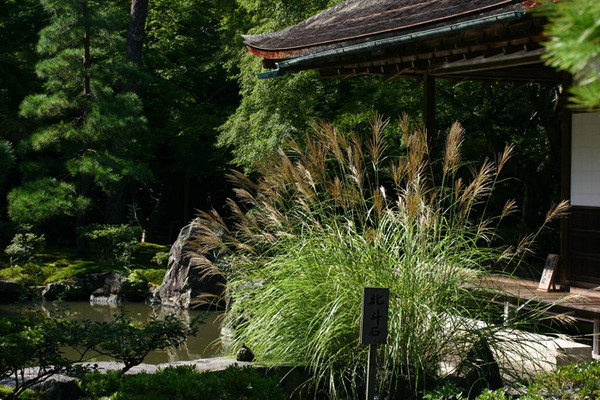