The Tower Hill Memorial commemorates the merchant navy seamen who lost their lives in the twentieth century's two world wars - and have no other grave but the sea. The 1914-1918 memorial, designed by Edwin Lutyens, takes the form of a vaulted corridor. Those familiar with Lutyens' garden designs will recognise his characteristic use of stone and tile paving. The 1939-1945 memorial, designed by Edward Maufe, has flights of stone steps leading into a sunken garden, symbolic of the watery depths and bearing the names of the 24,000 British and 50 Australian seamen on bronze panels. Between the two memorials are columns against which stand sculptured figures, by Charles Wheeler, representing merchant seamen. 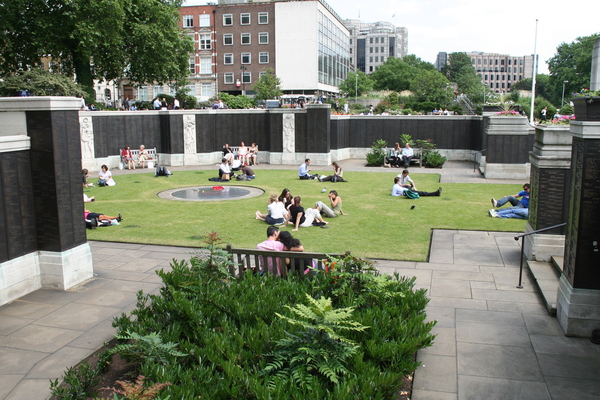 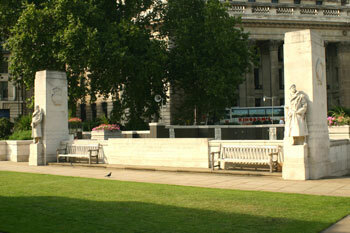 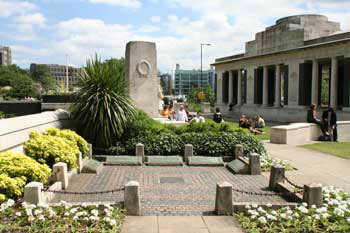