During the mid 18th century gardening in England enjoyed a revolution as 'Kip and Knyff' geometric designs featuring parterres, terraces and fountains were replaced with naturalistic shrubberies, sweeping Serpentine Style lawns and meadows. Kedleston joined the revolution in 1758 when the Scottish architect Robert Adam was commissioned to redesign the formal garden at Kedleston Hall. The result was a pleasure ground of trees and shrubs that linked seamlessly with the surrounding park by means of the ha ha - a sunken wall which was invisible from a distance but effectively kept livestock out of the garden. Adam created a rolling naturalised parkland to complement the new Hall, including features such as a fine 3-arched bridge, a fishing pavilion, a temple and a series of lakes and cascades. He also designed the Long Walk, a winding three mile circuit with views of the rear of the Hall and across the parkland. In 1839, JC Loudon remarked that 'there is very little about Kedleston that we could wish to add to, or alter.' In 1916 a new formal garden was designed by Lutyens and Jekyll. Their plans were not implemented but a garden somewhat in their style was built in the1920s. Since The National Trust took over in 1987, many 20th century features have been removed to restore the garden to its 18th century design and restore the Long Walk. The park and pleasure ground survive as a rare example of Robert Adam's work in garden design, with four walks for visitors to enjoy in the 800 acre park.

This account is from a guidebook published in 1868: "Kedleston Hall, the magnificent seat of Lord Scarsdale, about four miles from Derby, is situated in a very extensive and well wooded park. The house consists of a centre and two wings, connected by corridors of the Doric order. The length of the whole being 360 feet. A double flight of steps leads up to a grand portico supported by six massive Corinthian columns; over the pediment are statues of Venus, Bacchus, and Ceres, and within the portico are many other statues. The garden front is designed after the arch of Constantine. The ordinary entrance in the basement storey opens into a spacious apartment called Caesar's Hall, which is adorned with busts of the Caesars, and from thence the visitor will pass into the grand Hall, the most magnificent part of the house, and erected in the style of the ancient Greek Halls. The ceiling is supported by twenty fluted Corinthian columns, twenty-five feet in height, made of solid pieces of veined alabaster. The whole of the rooms are arranged in the purest taste, and the house is adorned by an extensive and valuable collection of pictures and sculpture. The Hall, which occupies the site of a former mansion, was built from the design of the celebrated architect Adam, in 1765. The manor of Kedleston belonged, at the time of the Domesday survey, to De Ferrars, and as early as the reigii of Henry I. was held under that family by Curzon, ancestor to its present noble possessor." 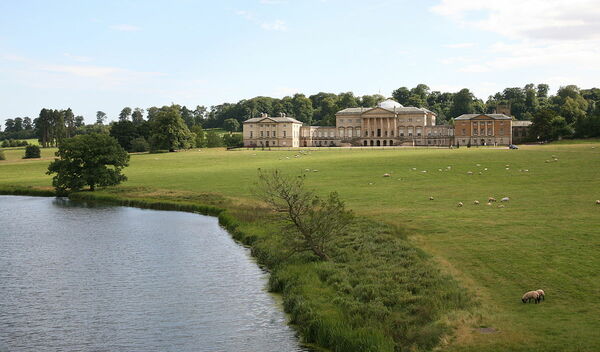 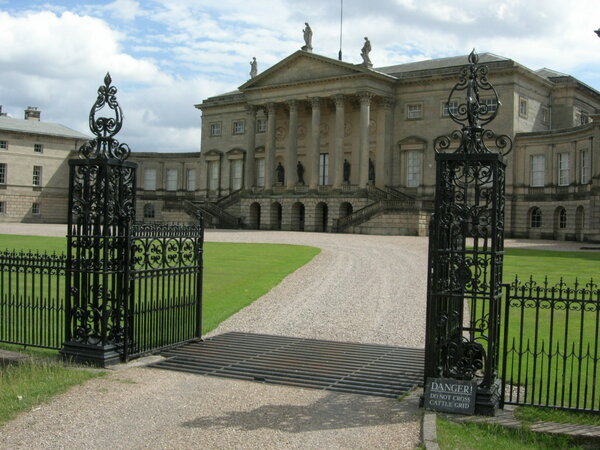 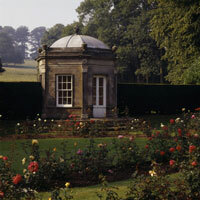 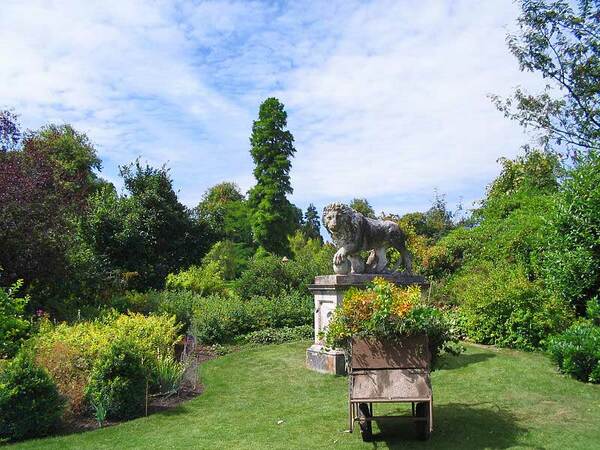 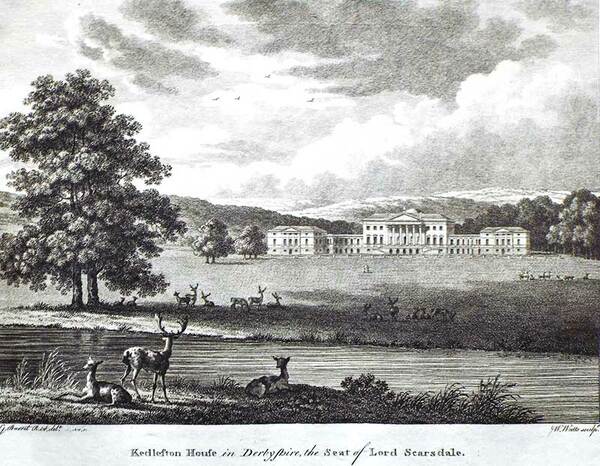