The former palace of the Ming and Qing dynasties was forbidden to the commoners for 500 years. It is the largest palace complex in the world, with over 800 buildings and almost 10,000 rooms. It is bounded by 10 meter walls and a 52-meter wide moat. The building layout is absolutely geometrical (a complete contrast with the Imperial Garden within the palace). The city plan, Geoffrey Jellicoe wrote in The Landscape of Man, was 'laid out according to cosmic calculation, heaven being considered a round and the earth counterpart to be a square' (p69) so that there is a 'system of boxes one within another.. the geometry is Confucian and the inconsequential penetration of natural form is Taoist; the two together are in harmony' (p. 78). But, Jellicoe also notes, 'without the emphatic central axis of Western planning. The modest axis passes under and through buildings and does not divide one side from the other' (p.81) 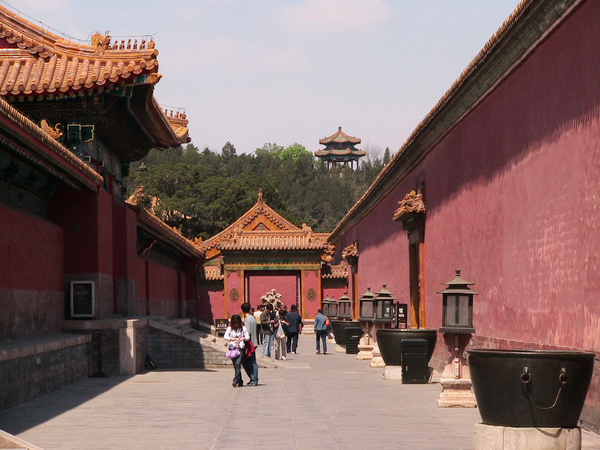 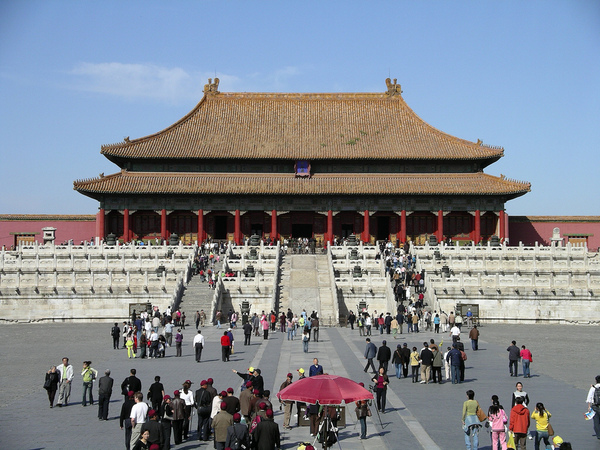 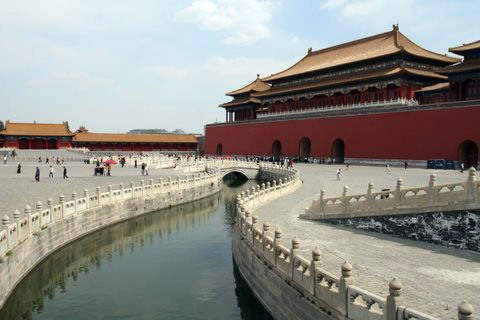 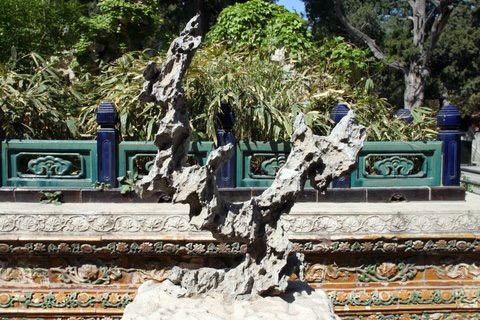