An old fortified farm (first mentioned in 970) in which a Stijve Tuintje ('Stiff Garden' - or formal garden) was developed in the seventeenth century. The German landscape architect J.P. Posth (1763-1831) converted it to an 'English landscape park' in 1791 and the moat was given a meandering form. The house was burned in 1945 but the topiary hedges ('The Monks') survived. There is a potager with flowers and vegetables. 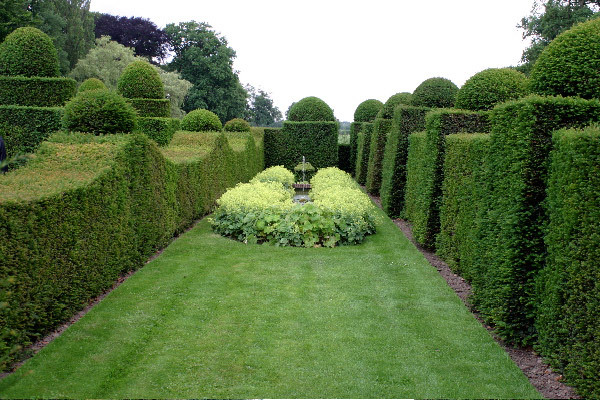