The Princes of Salm acquired the territory of Anholt in Westphalia in 1645 and this has been their main home since 1815. The tower dates from the 12th century and there were additions in 14th and 18th centuries. It was 70% destroyed in the Second World War, then rebuilt and opened to the public in 1966. The Parkhotel is in the former working quarters of the castle. Part of the baroque garden has been re-created and there is a landscape garden designed by Edward Milner in the 1860s. 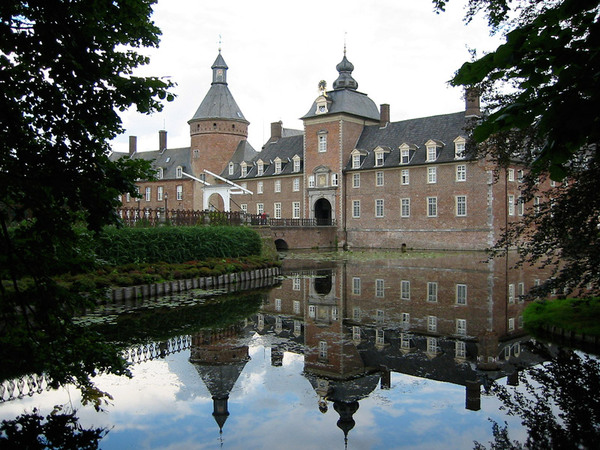