The site is hilly and has streams. A fourteenth century castle with a late seventeenth century garden with elements of an 1836 serpentine park. The old layout was baroque but on a relatively small scale. In 1730 Daniel Marot was asked to add a shooting lodge, a gallery, a grotto, a gazebo and a cascade. They are ornamented with shells and the bright colours are unusual in northern gardens. The shell gallery was fully restored in 1978 and the trick fountains were restored in 1996. They give a rococco flavour. 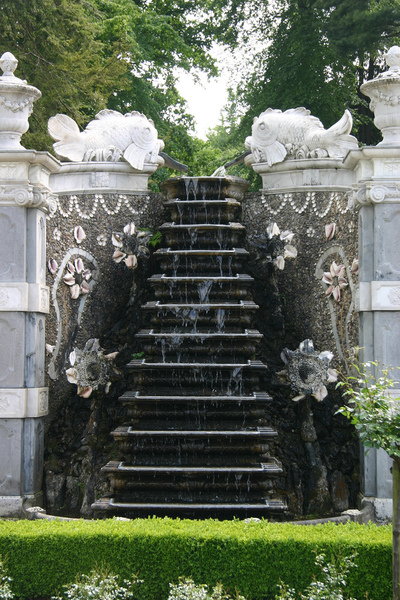