Denmans Garden, once the food production part of the Denmans Estate, started as a market garden in 1946 under the ownership of Joyce Robinson and her husband who grew vegetables and cut flowers for the Covent Garden Market in London. The well-known garden designer, and author, John Brookes redesigned the garden.

Denmans Garden, which is under new management, is a timeless, contemporary garden with unusual plantings and lovely places to sit and contemplate. 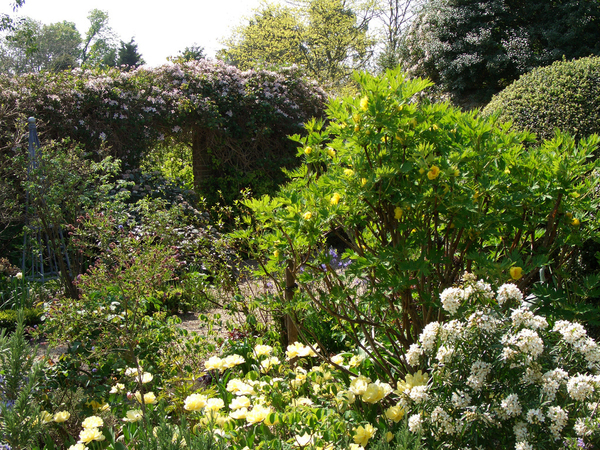 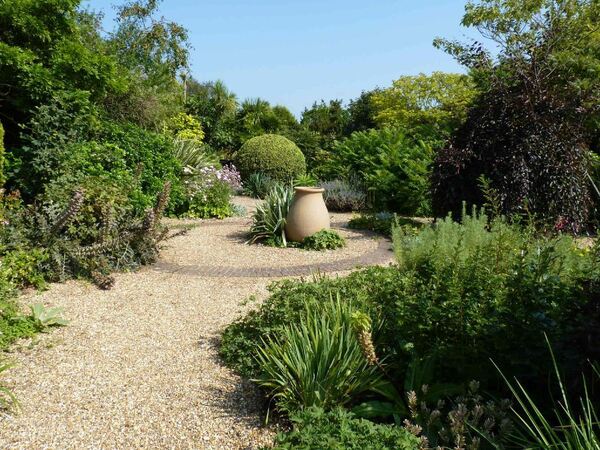 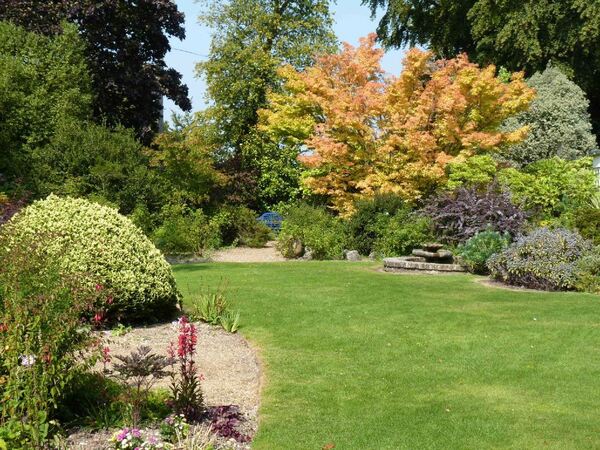 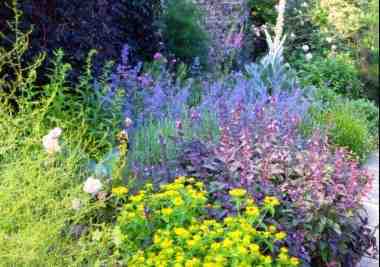 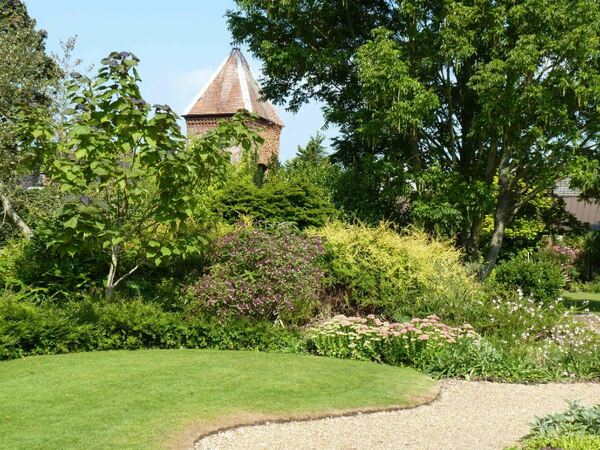 Denmans Garden, once the food production part of the Denmans Estate, started as a market garden in 1946 under the ownership of Joyce Robinson and her husband who grew vegetables and cut flowers for the Covent Garden Market in London. Mrs. Robinson began gardening and writing about plants for her own pleasure in the 1950’s and became an extremely knowledgeable plantswoman, on par with Margery Fish and Beth Chatto though not as well known. By 1970 she retired from farming and devoted herself entirely to creating a unique 4-5 acre garden with two dry riverbeds, gravel gardens, and a conservatory. Listed in the Yellow Book as open for charity, Denmans also became known for its innovative plantings and beautiful walled garden.

John Brookes MBE, one of Britain’s most influential landscape designers, and author of over 25 books on garden design, repeatedly took his students to visit the garden in the early 1970’s. Upon his return from a two-year sojourn in Iran, he persuaded Mrs. Robinson to permit him to renovate the stable block as his home and studio. He also operated his own design school, the Clock House School Of Garden Design, at Denmans for many years. Attracted by the garden’s gravel gardens (a medium he pioneered in the 1960’s), and a modernist influenced by Piet Mondrian and Ben Nicholsen, he redesigned the garden. While retaining and expanding upon Mrs. Robinson's plantings, he relaid out beds and added a pond at the termination of the dried riverbeds. The late Mr. Brookes, who was the first independent garden designer to show a garden at Chelsea (1962), lived at Denmans until March 2018. Despite traveling and designing gardens around the world, he always looked forward to coming back to Denmans. The garden will now be operated by the John Brookes-Denmans Foundation.