Bignor Roman Villa is a courtyard house in Sussex. It had a peristyle corridor enclosing a garden. The original layout of the garden is unknown but is shown on the model as near-baroque (and therefore unlikely) arrangement of paths, lawns and clipped hedges. The building began the 1st century and was extended (c 400) with a bast house, new rooms and a portico. The final phase was the north wing, which has fine mosaics and a room with a hexagonal ornamental pool. There are dancers on the mosaic and it may have been used for bathing. 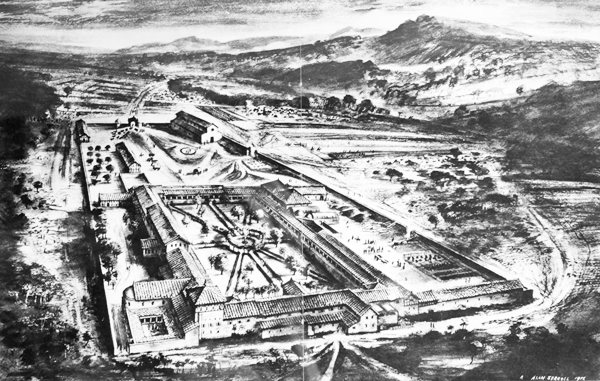 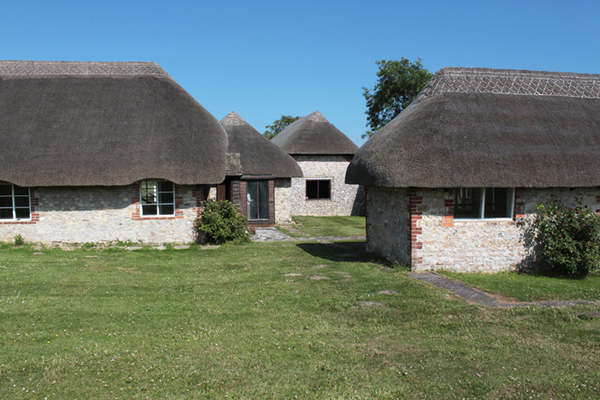 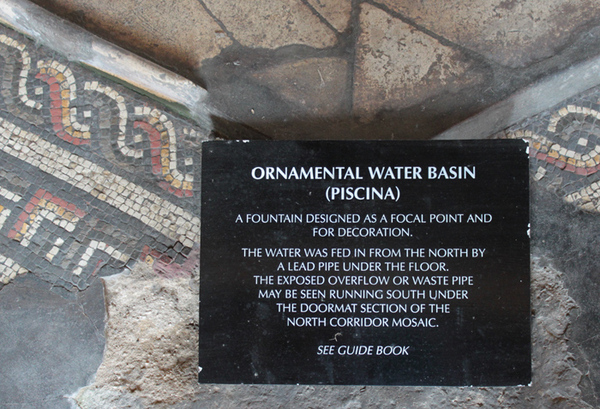 Mosaics round the pool in Bignor Roman Villa