The castle is the ancestoral home of the Dukes of Norfolk and is set in 40 acres, with fine views across the South Downs. There is a vinery, nineteenth century walled kitchen garden, cut flower border and Fitzalan Chapel with its own white garden. A new garden opened at Arundel in May 2008 - The Collector Earl's Garden. The area was orginally part of the kitchen garden but had been used as a car park since the 1970s until its redevelopment. It is a memorial to the 14th Earl of Arundel, an avid art collector. There is a central canal and domed pergola. 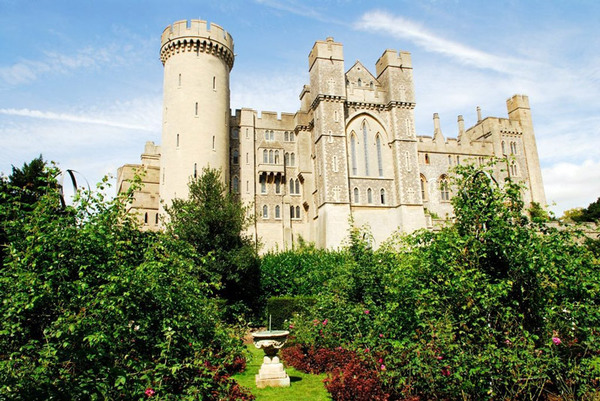 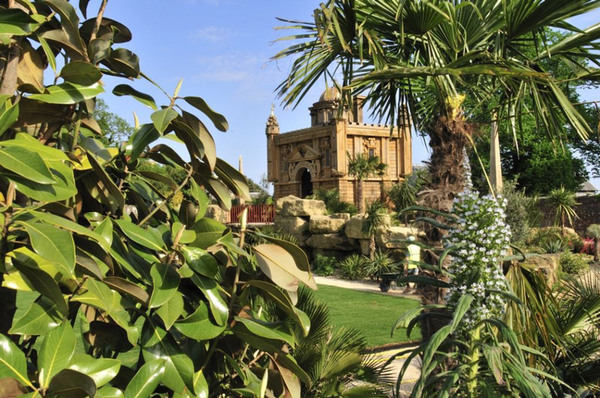 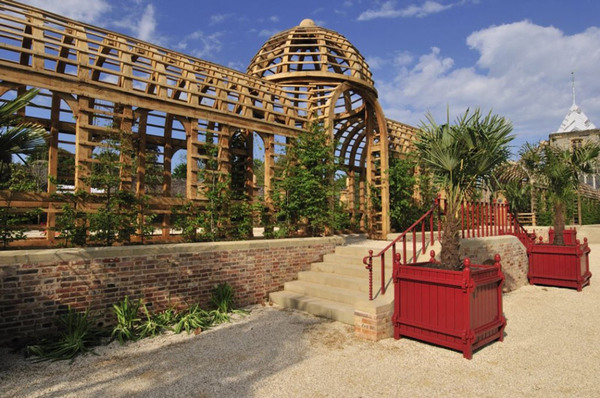 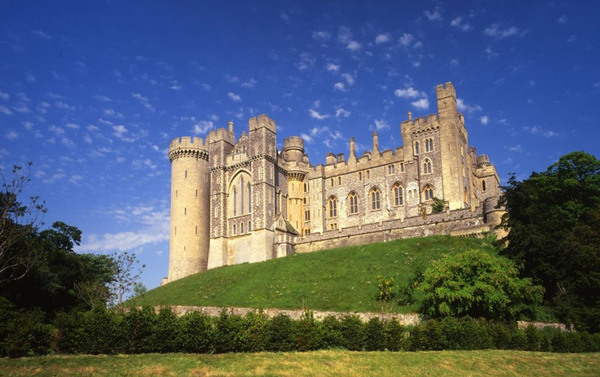 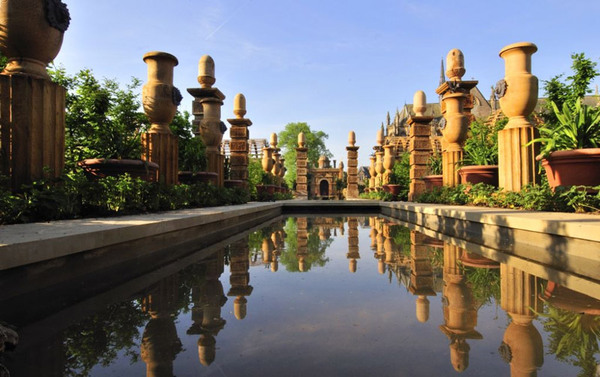 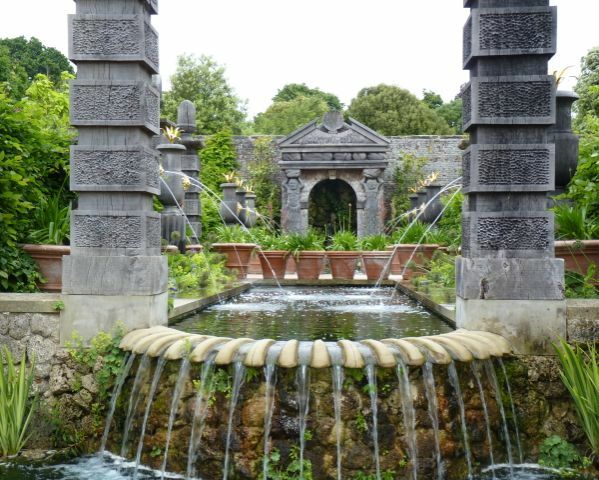 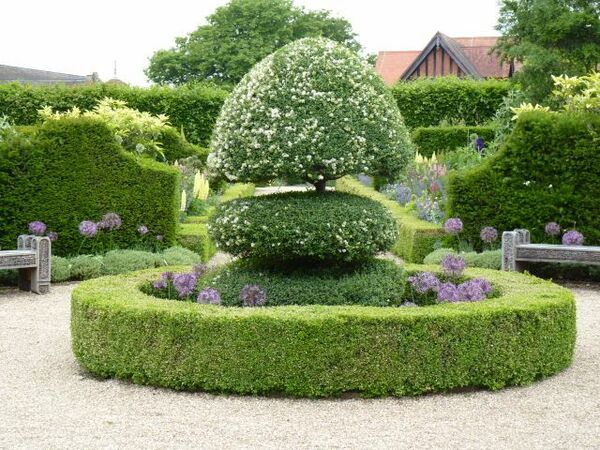 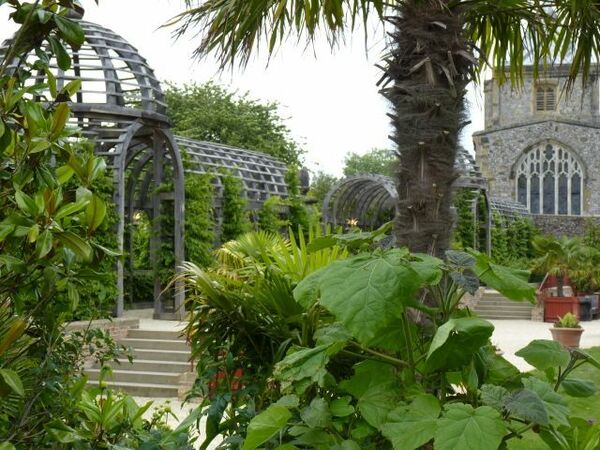