The 'Great Lodging' of Culross, often called a 'Palace' was built 1597-1611 by Sir George Bruce. He was a merchang and coal-mining entrepreneur whose contacts with Holland and the Baltic Countries gave him access to foreign building materials (eg the red pantiles used on the roof). The walled garden is behind the house, on a south-facing slope with grand views over the Firth of Forth to Edinburgh and the Lothians. The planting has been re-created, very sensibly, as a late-medieval food and flower garden. The upper rim of the garden, with the best views, has been treated, equally sensibly, as a herber  where the ladies of the house might have relaxed in warm weather. See blog post on Culross Garden.

Culross Village is managed by the National Trust for Scotland 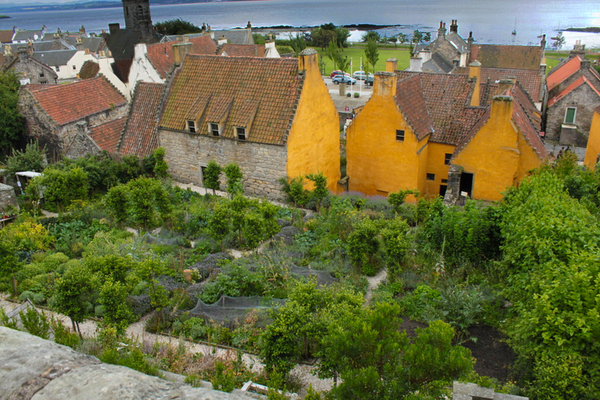 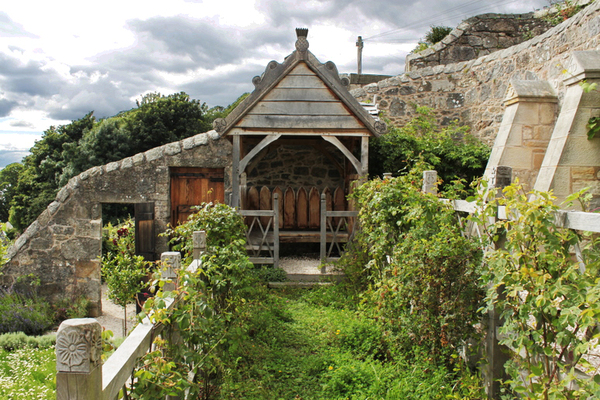 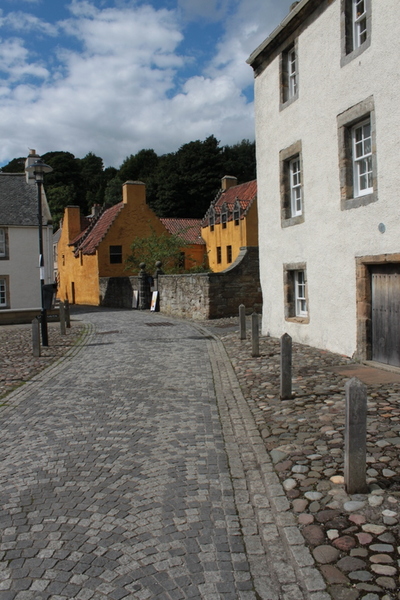 Yes, if not a member of the National Trust for Scotland