A woodland garden run in conjunction with a nursery, specialising in rhododendrons and azaleas.

This is an idyllic woodland garden of about 6 acres incorporating several ponds and a stream. Rhododendrons are the main feature, but there are complementary plantings of Sorbus, Magnolias and Japanese Maples under a canopy of tall pine trees. 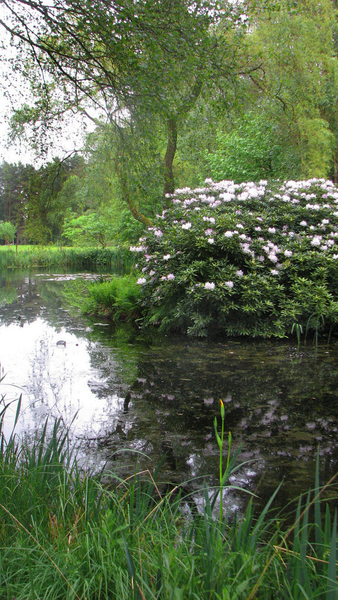 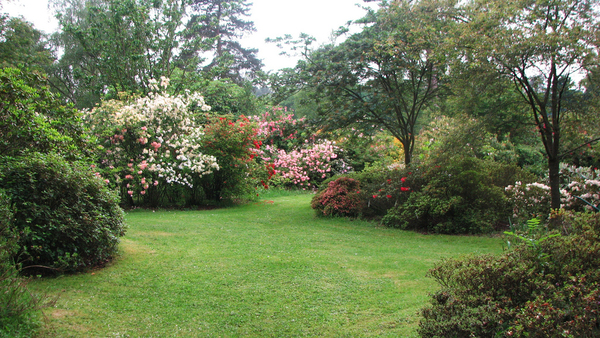 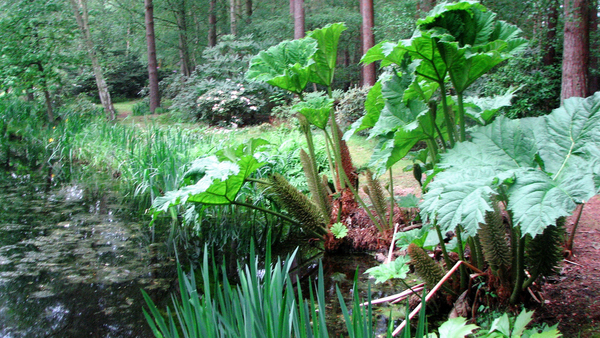 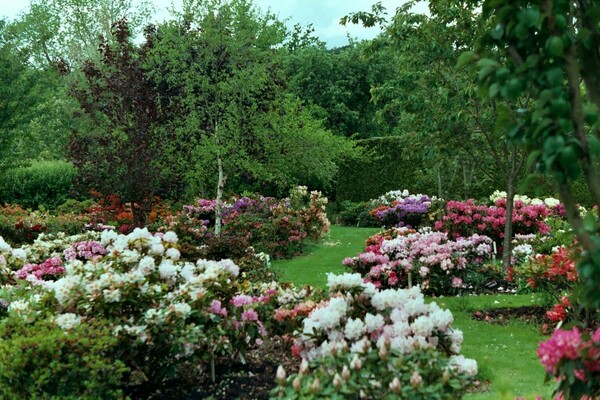 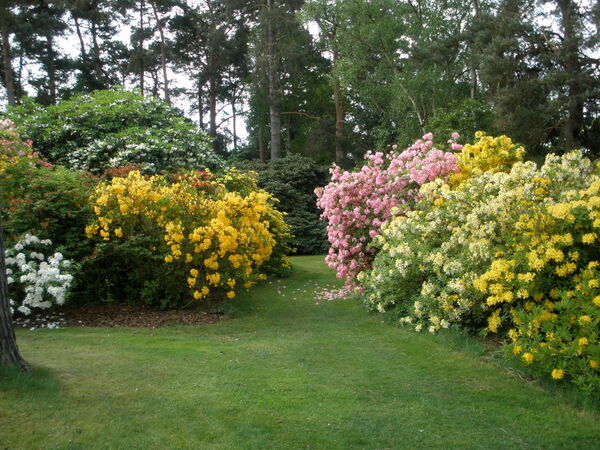 The gardens were developed by Ted and Romy Millais who bought the derelict farm in 1946. Ted and Romy's passion was Rhododendrons, and every year new plantings were made as they collected more rare plants from the Himalayas or bred new hybrids. Ted was always after the unusual, and also late flowering varieties to avoid late spring frosts in this cold garden.

Ted helped to introduce several new and rare species from his pioneering plant hunting trips in the Himalayas. Some of his key Rhododendrons in the garden include denudatum EGM 294, rex EGM 295, coeloneuron EGM 334, irroratum ssp. yiliangense EGM 339, and rubiginosum 'Ted Millais' which was named after him by RHS Wisley Gardens.

Other plants of note include a number of Sorbus species from the Himalayas and modern Magnolias such as M. Yellow Lantern. There is a good specimen of Arbutus menziesii, the noble Madrona from California, with lovely peeling bark.

Rhododendron Plant Centre and Trials Garden with new and old varieties open all year, Monday to Friday, 10am to 5pm. (Closed for Christmas and New Year). Plant Centre and Woodland Garden also open daily from April to early June.