The centre of the park survives as an example of the French-influenced Baroque Style in England. It has a canal, avenues and a very fine pavilion designed by Thomas Archer in 1710. This area is ringed by a canal and woodland planned by Lancelot Brown c1758. He might have wanted to erode or remove the avenues but was restrained by the Marchioness Jammima Grey. The Chinese Temple may have been designed by William Chambers. The present house was designed in the 1830s. In September 2008, English Heritage announced extensive restoration plans to be carried out over the next 20 years - including restoring the fountains, replanting the Italian Garden and reinstating important monuments. The garden is Grade 1 listed. 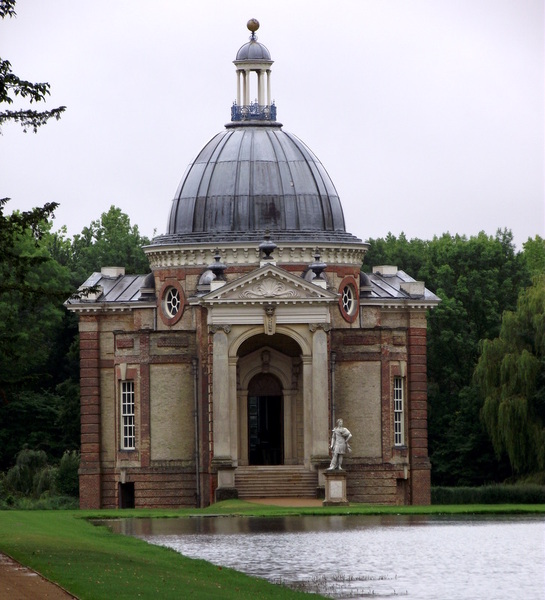 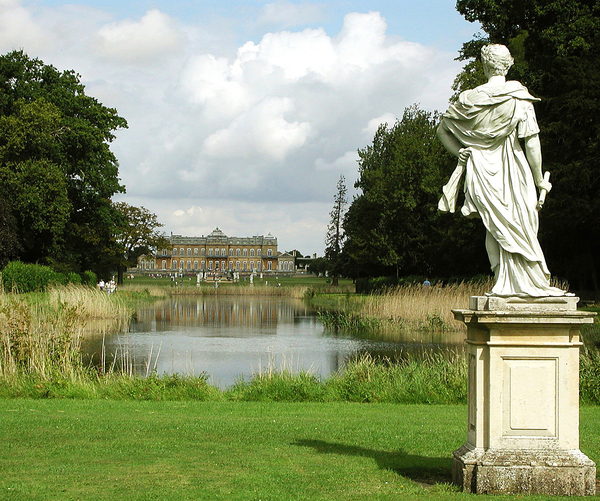 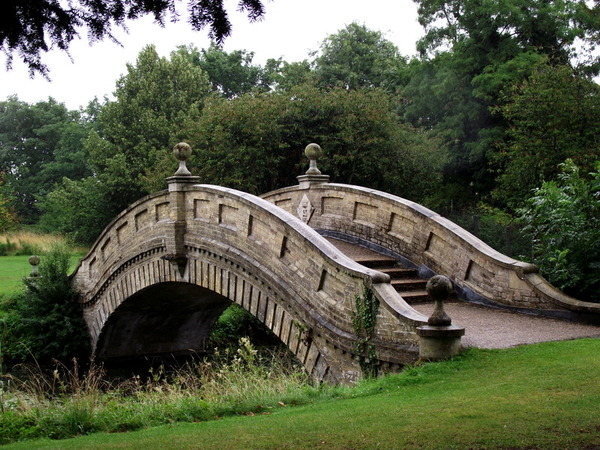 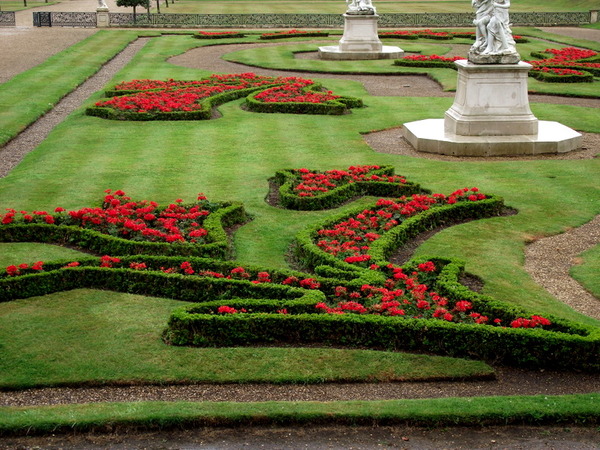 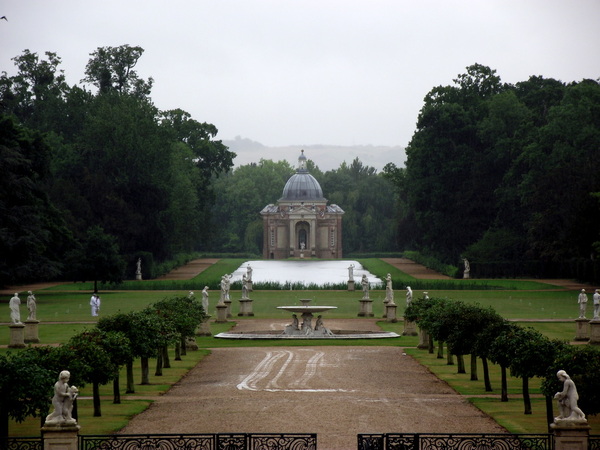 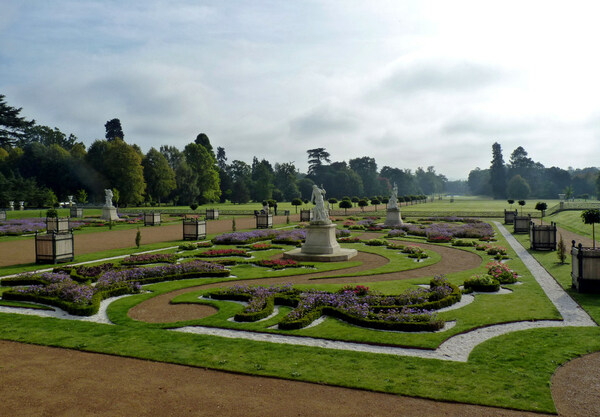 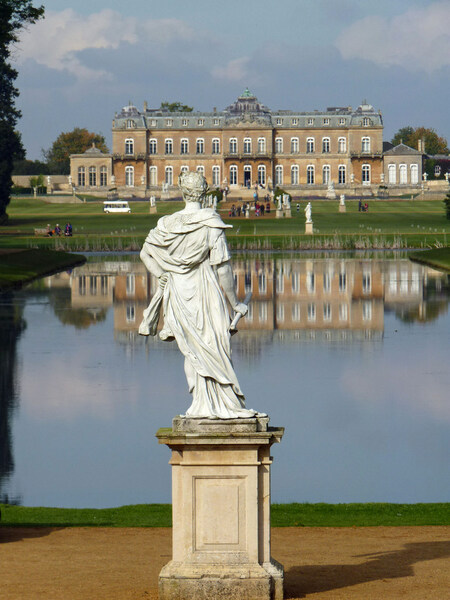 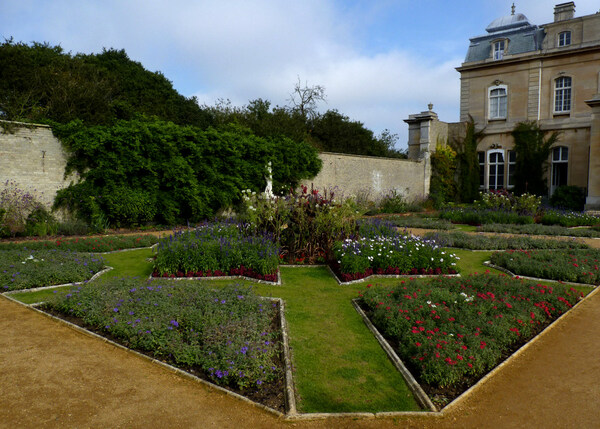