For published information on Giovanni Rucellai's Quaracchi, see A Florentine Patrician and his Palace: Studies by F.W. Kent et al (London, 1981). The Villa Quaracchi and its garden, in Florence, was built C1459 and described in the diary of its owner, Giovanni Rucellai. Gothein attributed the design to Leon Battista Alberti abecause it seems to follow the principles of his De Re Aedificatoria (1452). The garden had a central axis, compartments and a mount.  Claudia Lazzaro (in  The Italian renaissance garden New Haven:Yale University Press, 1990, page 80) remarks that the 'constructions of wood and vegetation... had no apparent relationship with the design'.  The garden of Rucellai's Quaracchi had mont which was 4.75m high and 59m in diameter. It was 'planted with first, juniper, arbutus, laurel, Spanish broom, and box' (Lazzaro p. 56) 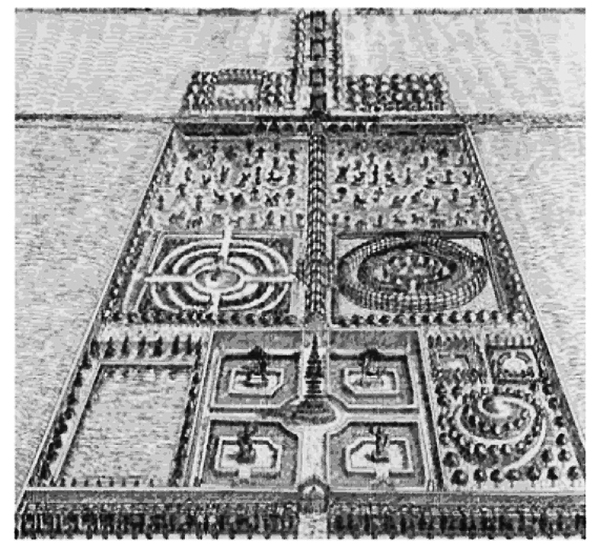