A sixteenth century garden, on the Pincian hill at the top of the Spanish Steps, now owned by the Academie Francaise. The garden is a beautiful example of the renaissance style, with the palace on the rim of a formal rectangular space. It is enclosed on three sides and outward-looking on the fourth side. It has a superb view of St Peter's but there has been no attempt to use the great church as the focus of an axial line, as would surely have been done if the garden had been influenced by baroque ideas.The garden is shown on Giacomo Lauro's drawing (from Antique urbis splendor, 1612-28) and on G.B. Falda's drawing (from Li giardini di Roma, 1683) and both drawings show the garden mount made by Ferdinando de' Medici. 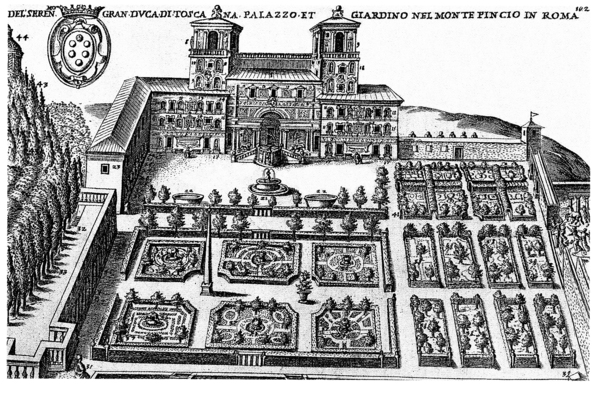 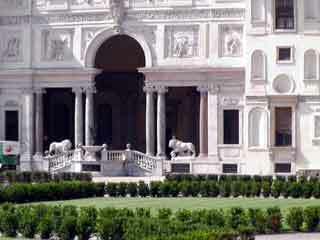 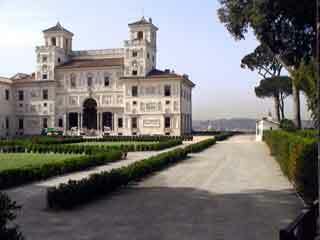 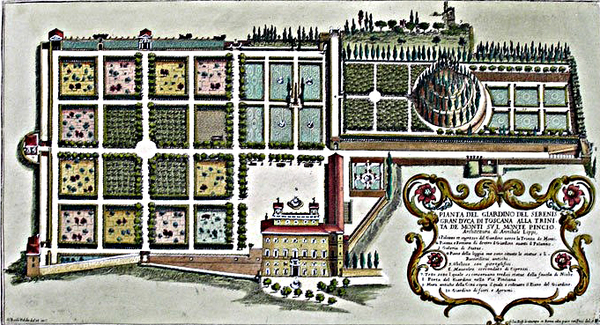