Udaipur's City Palace is the centrepiece of a magnificent landscape composition (you could see Potsdam as 'the Udaipur of Europe' and Udaipur as a more significant contribution to Indian culture than the Taj Mahal). The city and palace were founded by Udai Singh, an ally of Shah Jahan, in 1567. The composition integrates an artificial lake (Lake Pichola) with a palace, islands and distant lodges. The hunting lodges are on the hills and there are gardens on the islands. Jag Nivas island is now the Lake Palace Hotel, made famous in the James Bond film Octopussy (as was the Monsoon Palace). Jag Mandir Island has a garden with three towered pavilions arranged round a pool with fanciful shaped sides. The Saheliyon-ki Bari has an internal court with a square pool and a chhatri which is a fountain. The Khas Odi hunting lodge has a cage for wild animals. Within the palace are enclosed courts. The Amar Vilas at the top of Udaipur's City Palace has a roof garden with trees and plants growing round a square pool. The Badi Mahal has a garden with a square marble bath used by the royal family, opulent but magnificent. The landscape conception can be seen as more Hindu than Mughal, embracing landform, water, vegetation and buildings.

Manek Chowk at Udaipur City Palace is available as a venue for garden weddings. 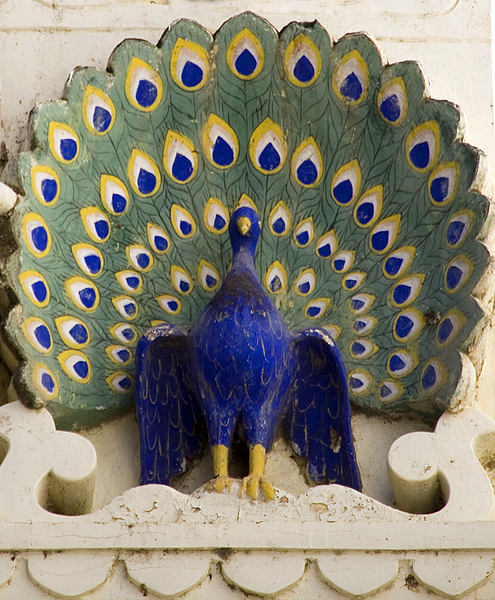 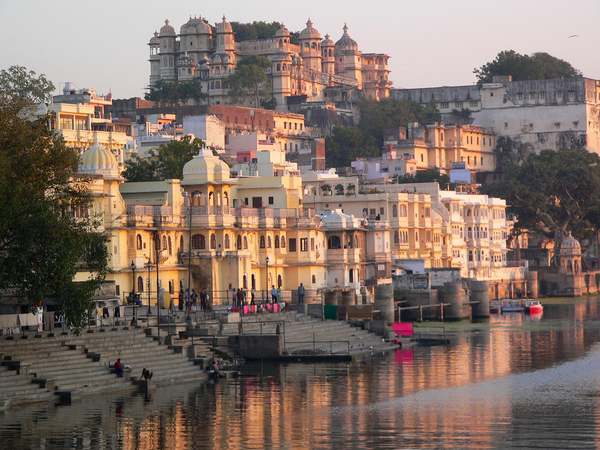 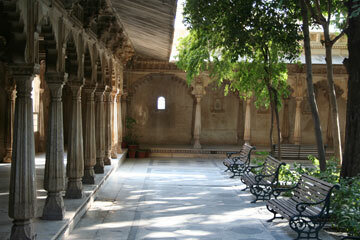 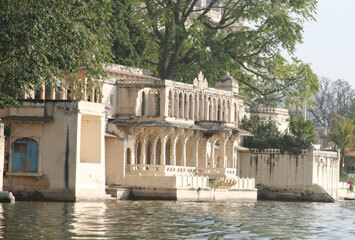 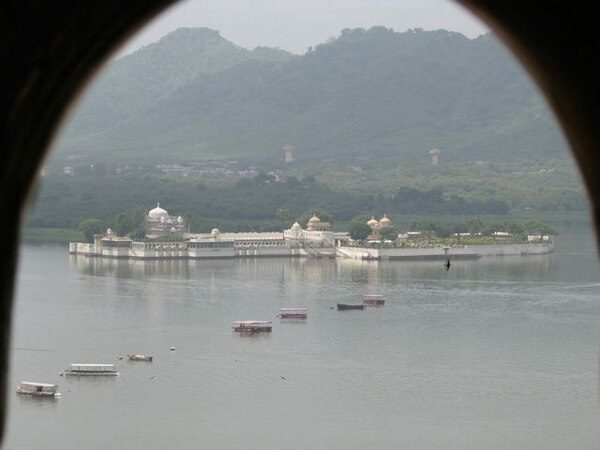 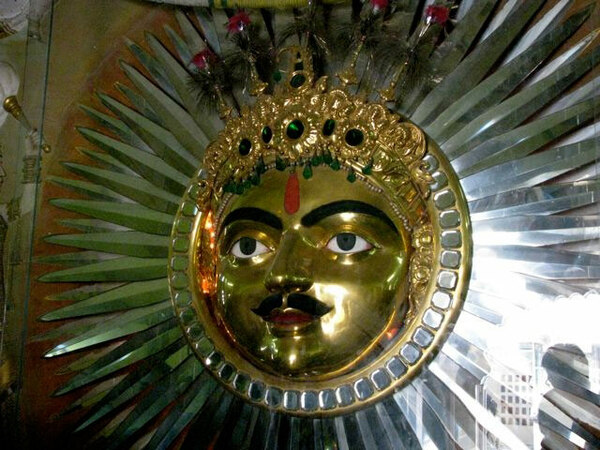 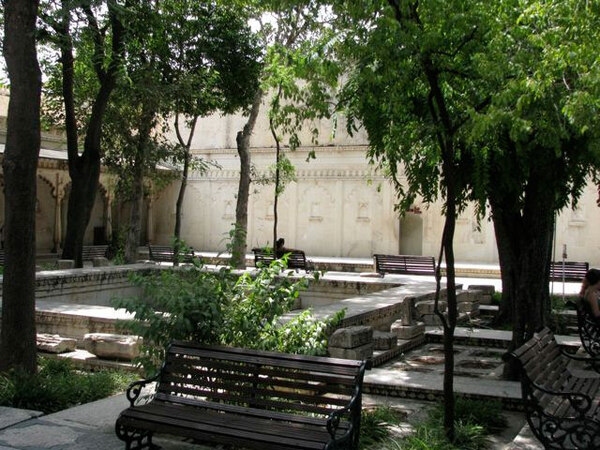 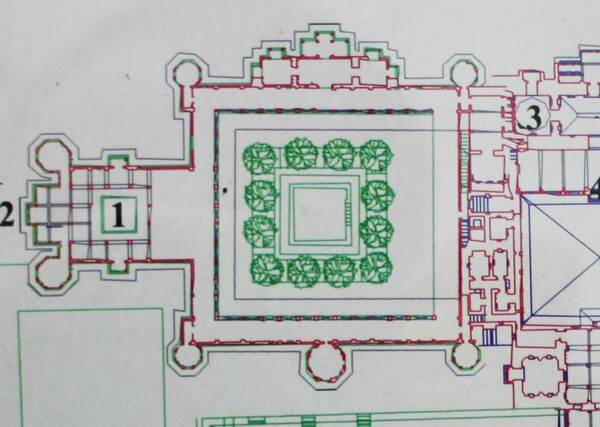 Plan of the roof garden on Udaipur City Palace