The Garden of the Maids of Honour was designed as a peaceful retreat outside the old city of Udaipur. The garden is said to have been made for the 48 girls Maharana Sangram Singh II (1710-1734) received as part of his dowry. Having been damaged by a breach of the Fateh Sagar dam in the late nineteenth century, the gardens were re-built. Their central feature is a beautiful courtyard with a central tank. It has a white marble chhatri fountain in the centre and black marble chhatris at the corners. Outside this courtyard are fountains, pools, lawns, flowers and trees. Many of the fountains are in brightly coloured cast iron. They were made in England and would not be out of place in an English seaside resort. The large circular fountain pool is ornamented with marble elephants and fountains. It is a well-maintained and attractive garden, interesting to garden historians as an example of the Victorian Mixed Style, which Humphry Repton would have admired. The nineteenth century was a time when English gardens incorporated Indian features and Indian gardens used English features. See charts for Asian garden design styles and for European garden design styles. 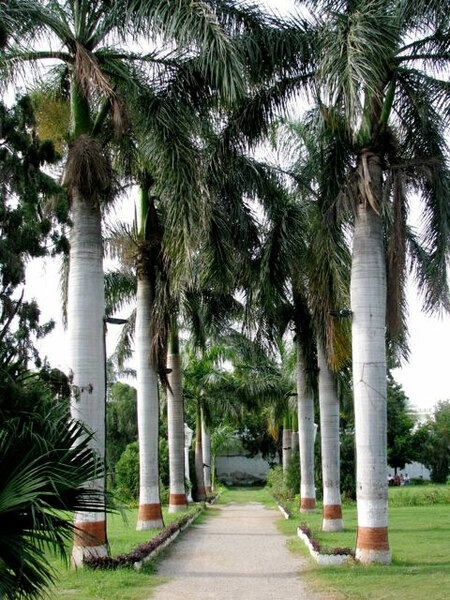 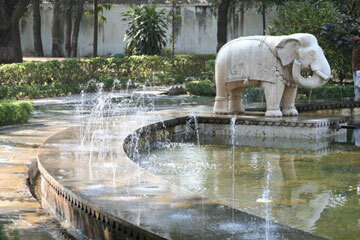 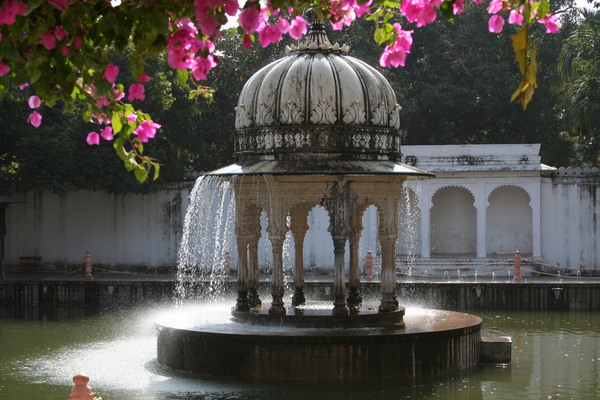 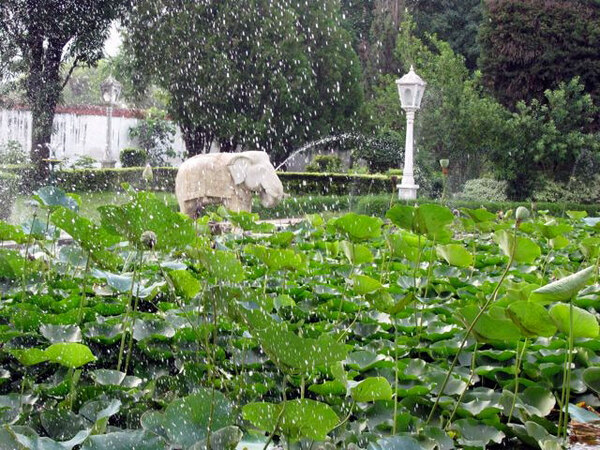 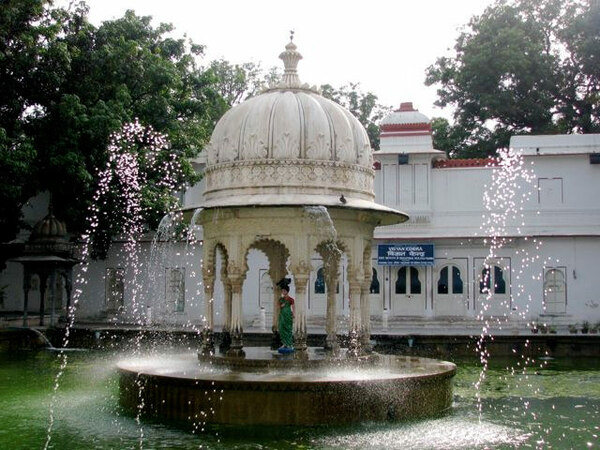