An architect's garden designed in the 1960s, by Peter Aldington. The first space was 'an outdoor room', to which were added a glade and a number of small geometrical garden spaces. It is a good example of the Abstract Style, softened by an Arts and Crafts approach to planting and construction. Sir Peter Shepherd admired the garden.

Turn End is a RIBA award winning group of three houses and a garden in the heart of Haddenham, designed by architect Peter Aldington. It is widely regarded as a fine example of post-war housing design. In November 2017 Historic England listed Turn End’s garden at Grade II and added it to the Register of Parks and Gardens of Special Historic Interest in England. At that time Turn End was the only post-war listed house and garden created by the same hand. Turn End garden was created by Peter as a natural extension to the house. In less than an acre, space is used to create an illusion of size: a house courtyard with a naturalised pool; a small woodland area around 100 year old apple trees; a curving glade leading to a series of garden rooms, sunken or raised, sunny or shady, geometric or informal, yet all harmonious and unifying irregular geography with the buildings.

The garden and group of three houses is the subject of a book “ A Garden and Three Houses “ in which the late Sir Peter Shepherd commented ‘I know of no other garden which packs such riches into so small a space with such interesting and beautiful plants.’

This is a garden whose character changes constantly with the seasons. In spring the ground is carpeted by many bulbs, while the summer brings enclosure, herbaceous flowers, shrubs and climbers.

The future of Turn End Garden and its associated houses, other buildings and witchert walls has been secured by the formation of Turn End Trust. It has an Artist in Residence and a programme of public events. 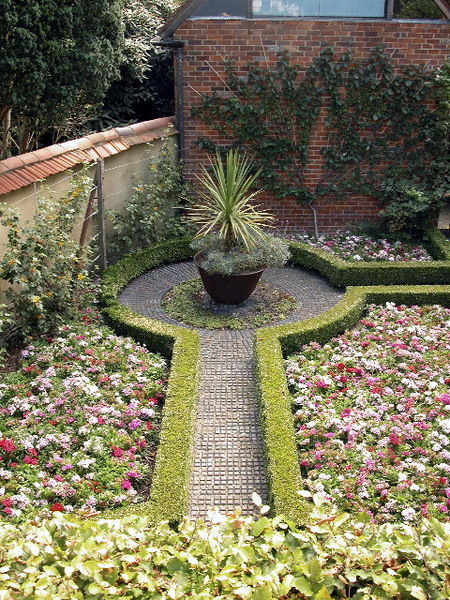 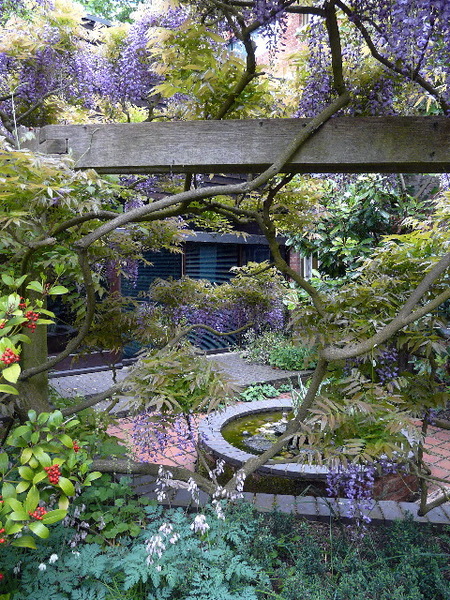 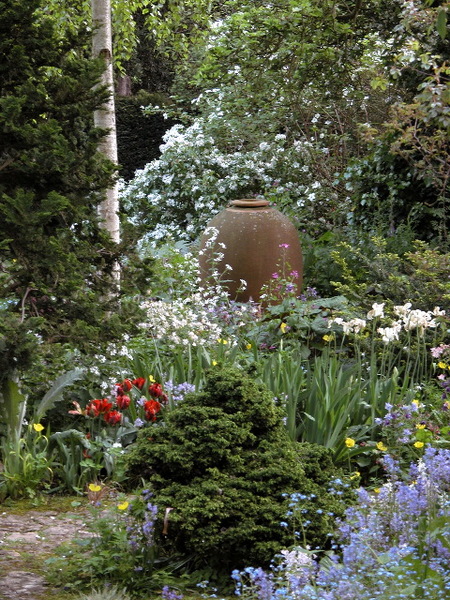 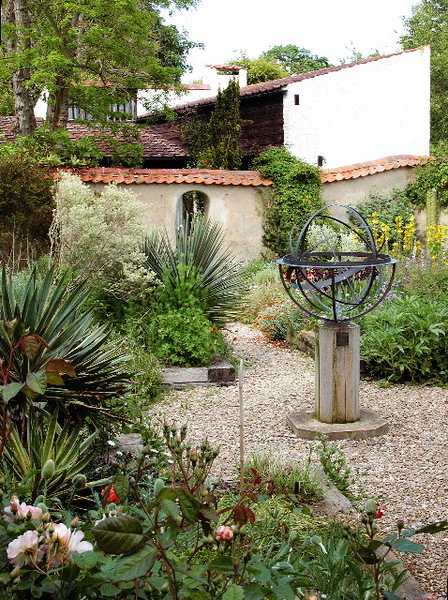 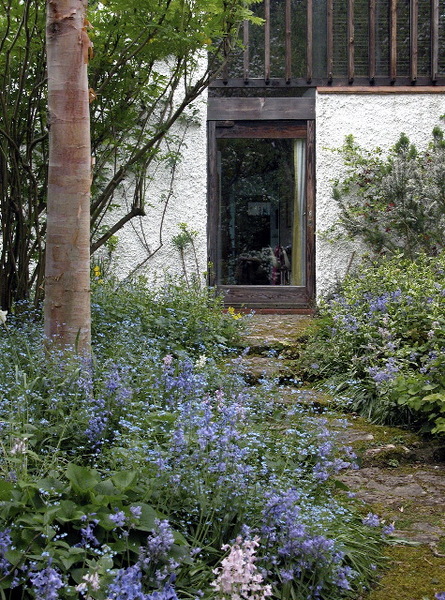 Turn End Trust runs as small events programme. Please visit the What’s On page (https://www.turnend.org.uk/new-events/) for full details and online bookings at http://turnendtrust.eventbrite.com. Bookings can also be made by email to: turnendtrustevents@gmail.com

Varying charges for events and open days. Please visit the What’s On page (https://www.turnend.org.uk/new-events/) for individually priced events Group visits to the garden by appointment £10.00 per person.