A courtly baroque garden, well-proportioned and well-kept. Elector Karl Theodor's summer palace stands between the garden and a graceful market town. A central axis runs from the market square through the palace, through the garden and out into the countryside. On the garden front, it passes through a great circular parterre, bounded by the red sandstone palace buildings and by trellised pergolas, all in the grandest manner. A cross axis runs through the circular parterre. The garden was designed by J L Petri in 1753. He was court gardener to the Elector of the Palatinate and followed the recommendations of the Théorie et Pratique du Jardinage. Made in the dying days of the baroque style, Schwetzingen has a geometrical inventiveness not seen in earlier baroque gardens. There is a romantic Stag Fountain, a fine bosquet beside the Apollo Theatre, a Bath House and an aviary. After 1776, Ludwig von Sckell made the outer areas of the garden into a landscape park. It wraps round the parterre garden in a characteristically German manner, giving an outward transition from regular to irregular. (See plan) Voltaire is said to written Candide during a stay at Schwetzingen. Some garden buildings of exceptional quality were added by Nicolas de Pigage in the late 18th century: a Temple of Apollo, a Bathhouse, a large Mosque, a ruined Roman Aquaduct and a Temple of Mercury. 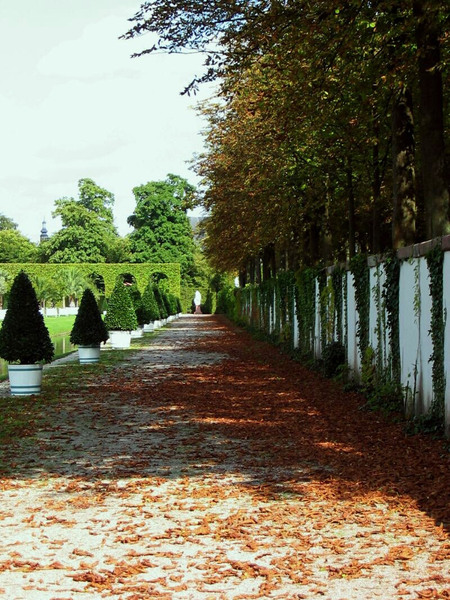 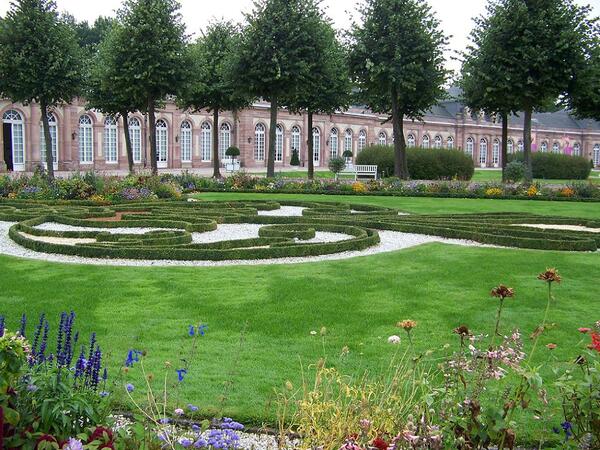 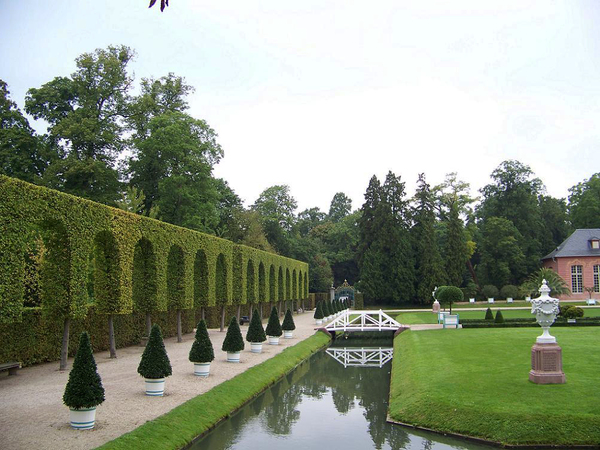 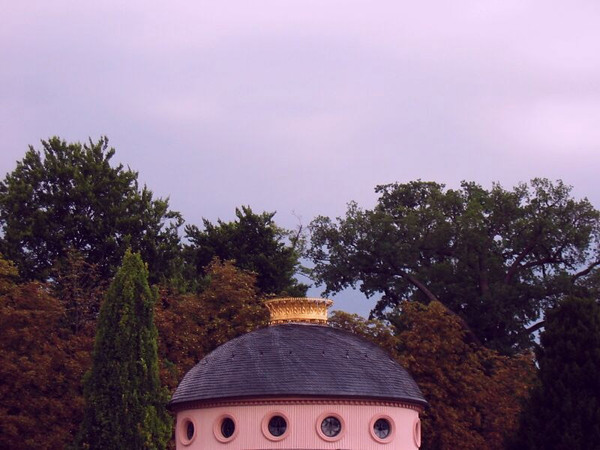 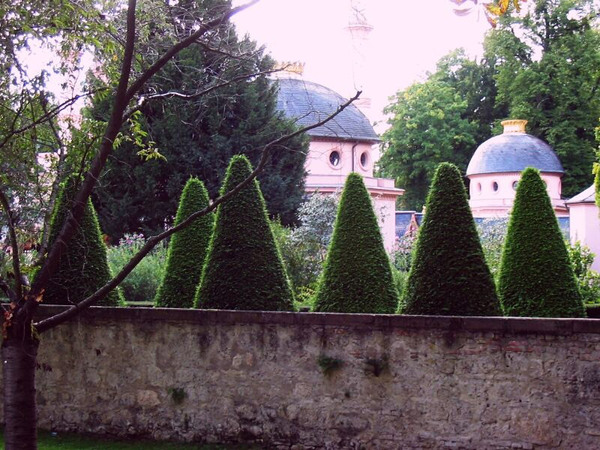 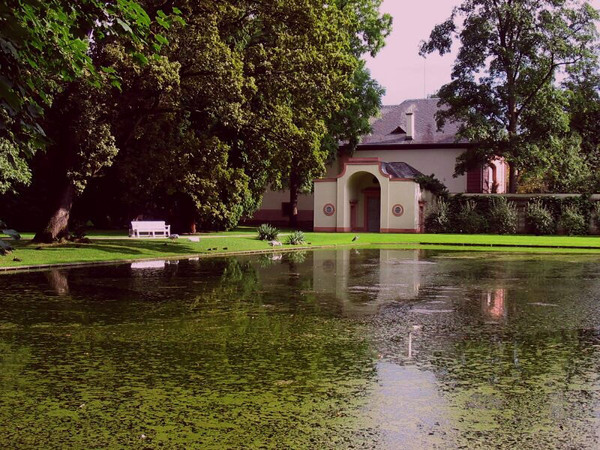 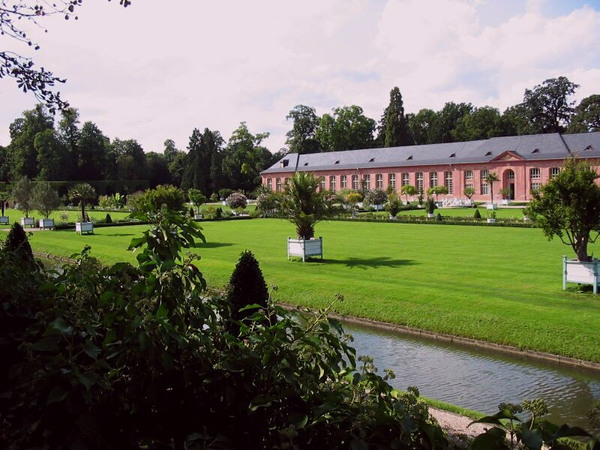 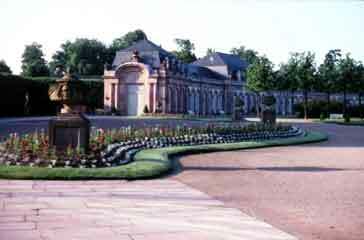 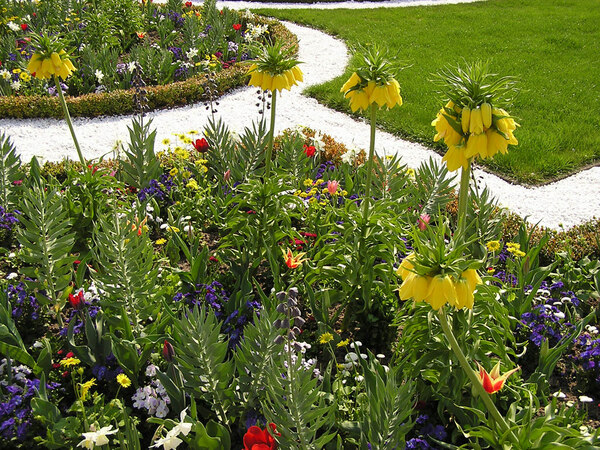 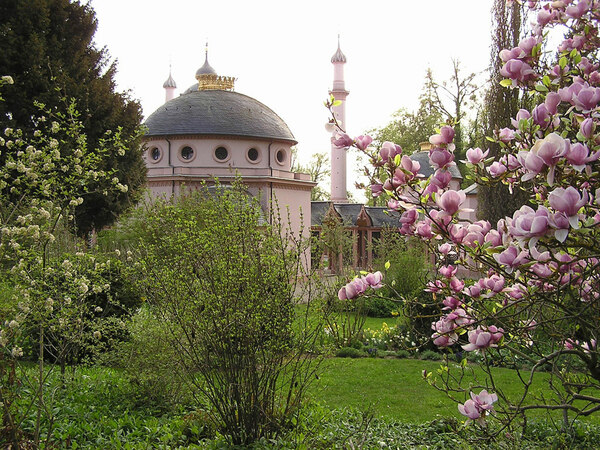 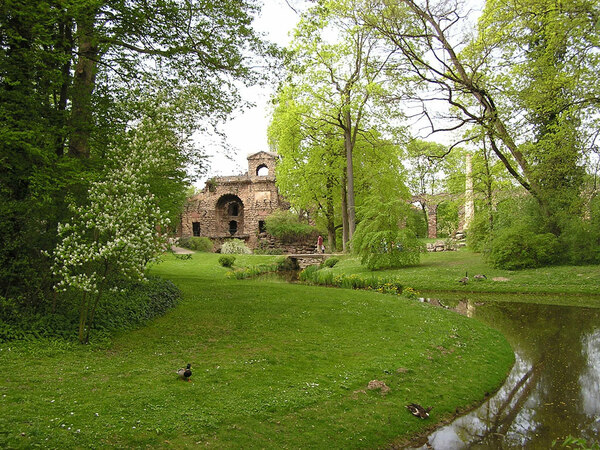