Once famed as 'the eighth wonder of the world', only the bones of this garden survive. The old castle in the garden of the Palatinate has become the most romantic feature in one of Germany's most romantic towns, and a huge tourist attraction. The garden was made by Frederick V and his wife, Elizabeth, daughter of King James I of England. A devoted couple with a shared love of the arts, they were driven to Holland as exiles after the Battle of the White Mountain (in 1619?). The 'garden of the Palatinate' was designed by Elizabeth's drawing master, Salomon de Caus, a famous garden designer, author and hydraulic engineer who wrote a book on the garden. The surviving terraces allow one to see the structure of a renaissance garden but the hydraulic tricks, games, musical devices and parterres (shown on the plan) were destroyed during the Thirty Years War (1618-48). It is pre-Baroque and has no central axis. Visitors should use the old bridge to cross the River Neckar and then climb the hill to view Heidelberg and its castle from the famous Philosophenweg (Philosopher's Way). 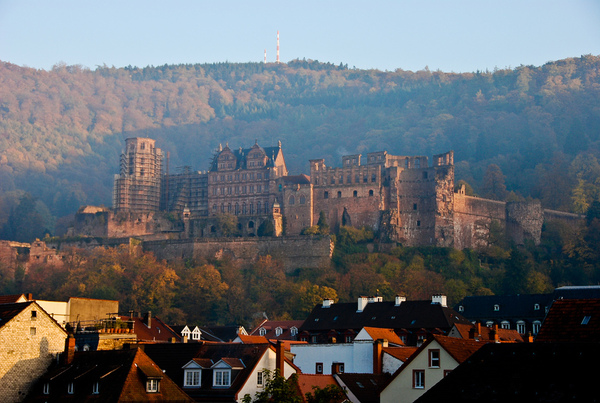 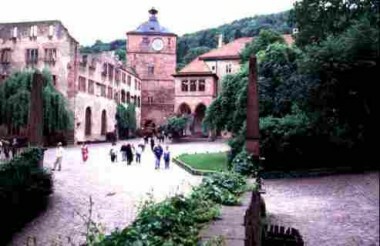 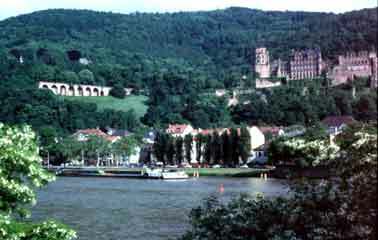 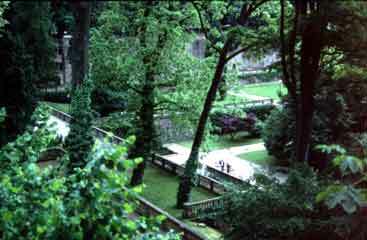 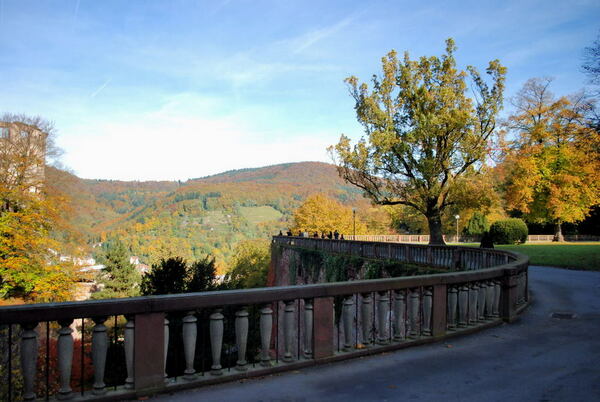 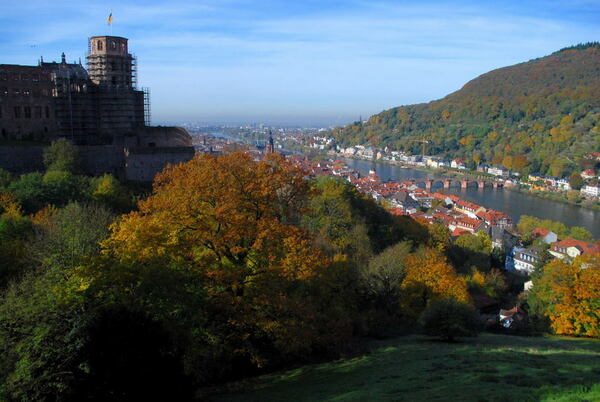 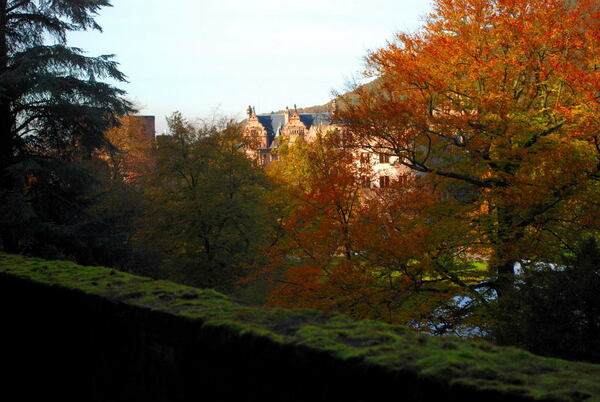 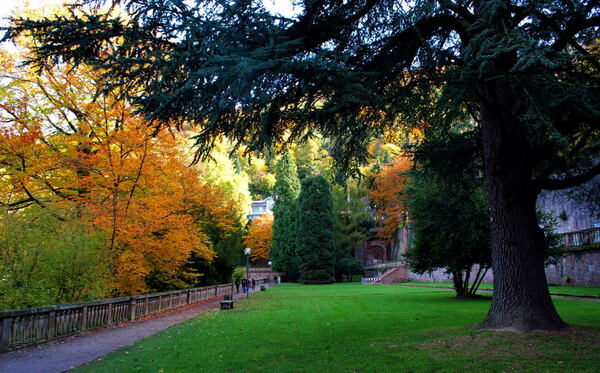 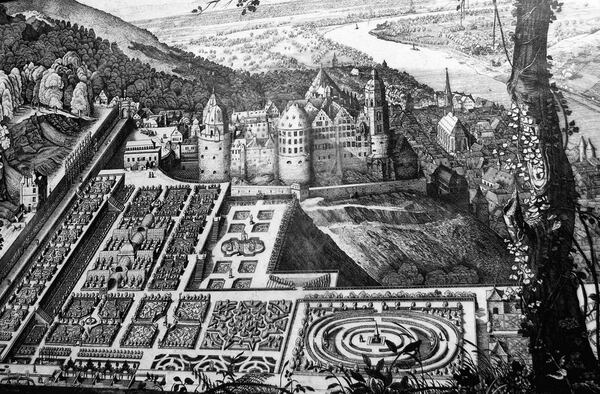