Luisenpark is on the left bank of the River Neckar in Mannheim. Using a bequest from a scientist (Carl Casimir Wilhelm Fuchs) the park was made between 1892 and 1903 to a design by Philip Siesmayer. It is named after Marie Louise Elisabeth of Prussia (1838-1923). The Chinese garden was opened in 2001 and is known as The garden of Many Views (å¤š æ™¯å›­ Duojingyuan). It was made by Chinese craftsmen Mannheim's sister city Zhenjiang, in Jiangsu Province, with the the Klaus Tschira Foundation and the East Asia Institute in Ludwigshafen. 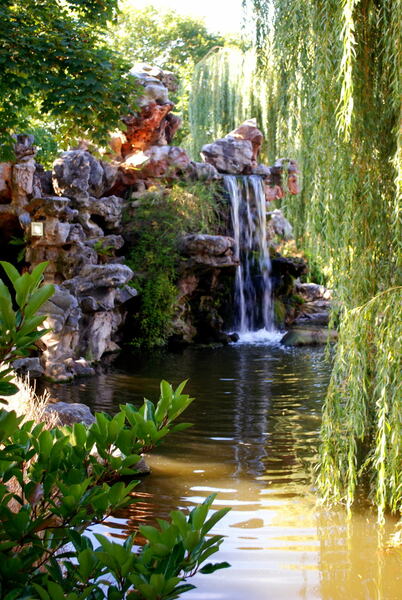 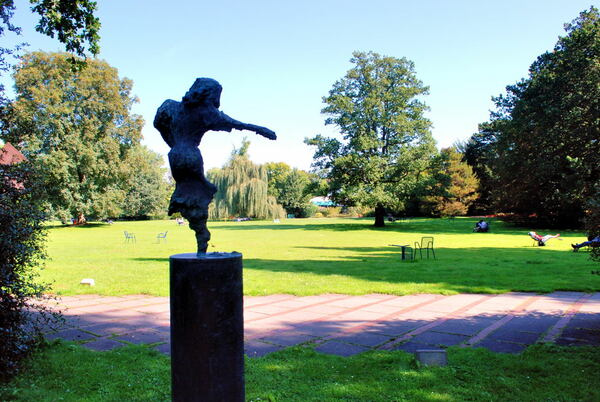 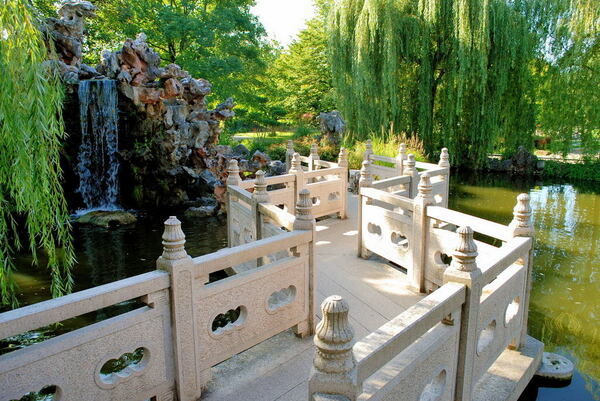 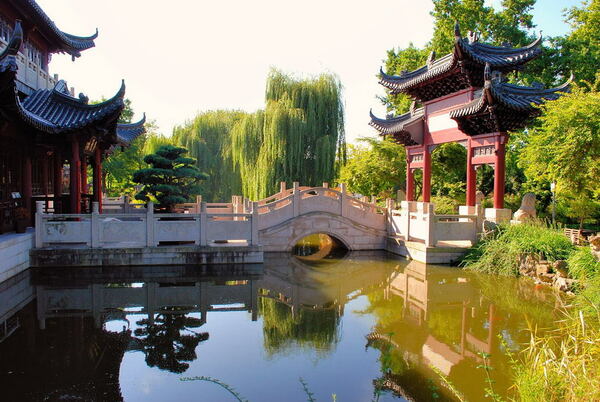 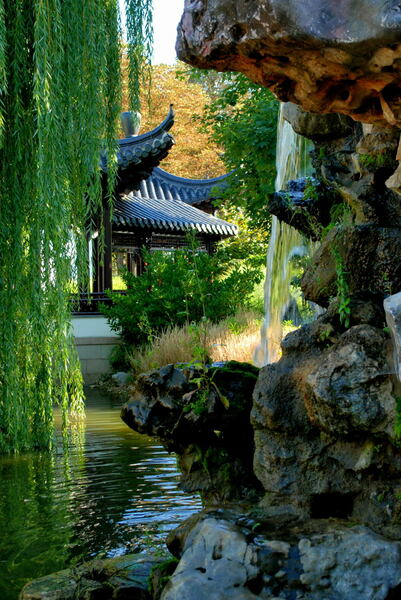