The Stadtschloss  Orangery, and Park forms part of the Classical Weimar World Heritage site designated by UNESCO in 1998. The drawing (1650 ) shows Weimar and its riverside in the seventeenth century. The castle was the summer residence of Duke Ernst August. He made a baroque garden which began to evolve into a landscape park after 1758. Under Grand Duke Carl Friedrich, after 1811, a Russian Garden was made for his wife Maria Pawlowna. A botanical collection (the 'Hortus Belvedereanus') was made after 1820 with advice from Johan Wolfgang Goethe. In 1994 a circular Rose Garden was added, inspired by Humphry Repton's rosary design for Ashridge in England. 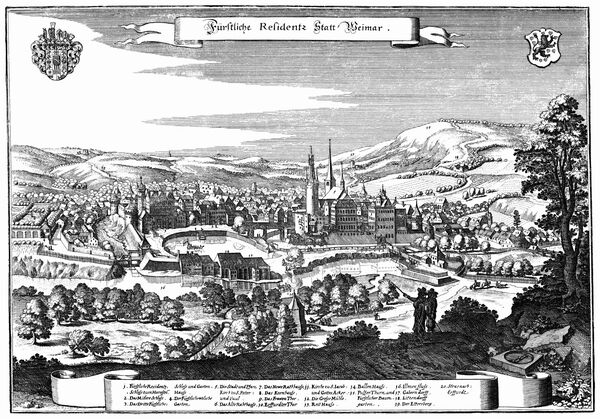 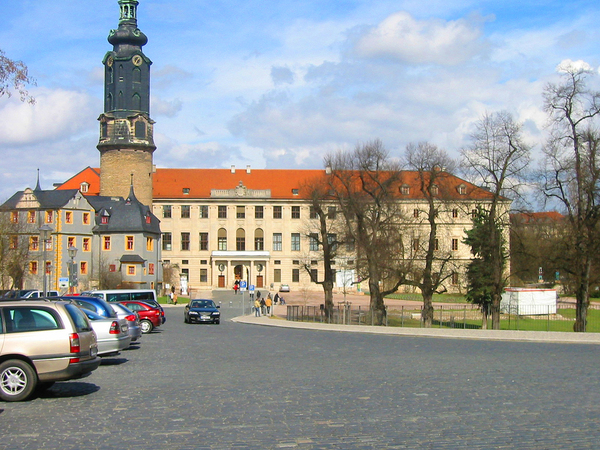 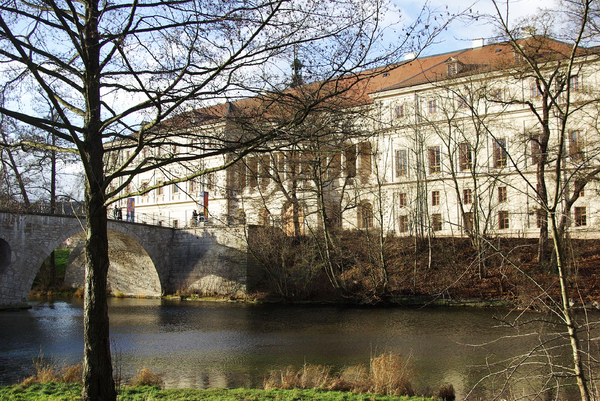