The Schloss dates back to the 16th century, but the garden is a product of the 18th century when it was laid out in the French style by its owner Gustac Adolph Graf von Gotter, a diplomat in the service of Frederick the Great. Often being called the "Sanssouci" of the state of Thueringen, the garden was adorned with 150 pieces of sculpture of which only few survive until the present day. Later the garden was reworked in the English landscape style which left only  few features of the baroque outline intact, including a large avenue of lime trees. 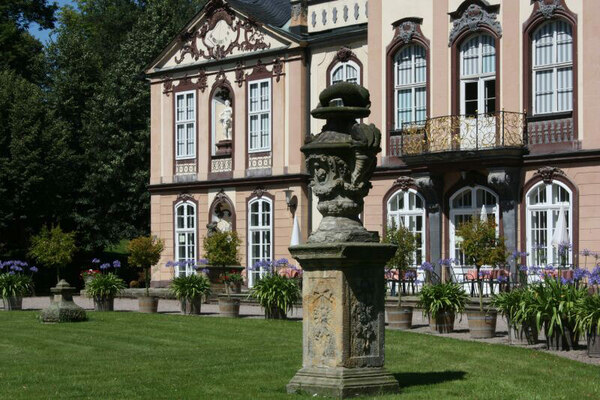