The north part of the church was built in the 6th century with San Lorenzo's tomb in the catacomb beneath the structure. The south section of the church, on a different alignment, was built in the 12th century. They were joined in 1216. The cloister, also dating from the 12th century has an unusually intimate scale. An illustration from 1924 shows it with a renaissance pattern of gravel and low box hedging. The pattern has been retained and the cloister is now stocked with flowering herbaceous plants, creating a fresh and sweet atmosphere. 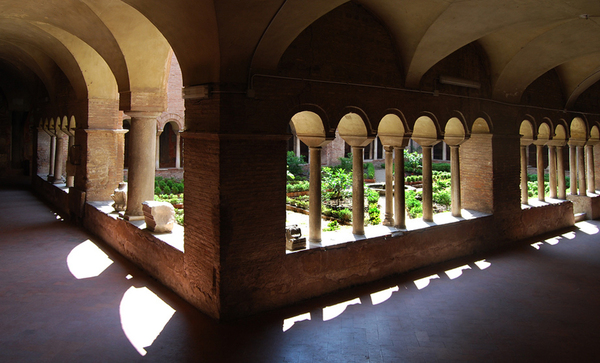 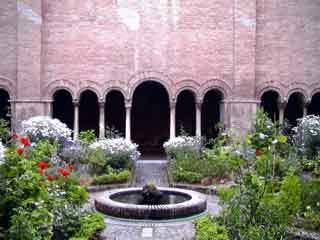