The eruption of Vesuvius in 79 AD was a disaster for the citizens of Pompeii. Yet it was a boon for garden historians: about 500 domestic gardens were preserved. The 1942 bombing of Pompeii was a disaster for garden historians. Still, much survives and more is being excavated each year. Pompeii had been a Greek city and a Samnite city before it was colonised in 80 BC by another Italian tribe, known to us as The Romans. Many Pompeian buildings pre-date the Roman conquest. Town houses have several types of garden space: Atrium: a small paved court, allowing light to enter and smoke to escape, since houses did not have windows. Peristyle court: a paved courtyard surrounded by a roofed colonade (the peristyle) Peristyle garden: an ornamental garden surrounded by a roofed colonade Xystus: a vegetable garden, usually at the rear of the house Wall paintings (frescoes) were used to make small gardens appear large. Many have a trellised fence in the foreground suggesting a barrier between the real garden and the painting of a garden scene.The following named houses, with their addresses in brackets, are recommended: House of Pansa (VI.vi.1): a large atrium, a peristyle garden with a pool, a xystus. House of the Great Fountain (VI.viii.22): a brilliant mosaic fountain. House of the Little Fountain House of the Faun (VI.xii.2-5): two atria and two peristyle gardens. House of the Vettii (VI.xv.1): two peristyle gardens with statues, ornaments, 12 fountains, frescoes and marble tables. House of the Golden Cupids (V.xvi): a peristyle garden with a large pool (now dry), two fountains and animal sculptures set amongst plants. House of Polybius (IX.xiii.1-3): modern archaeological techniques have found the roots of many trees in this garden. They have been set in concrete. House, unamed- (I.xi.6): a brothel on the Via dell Abbondanza has garden paintings of oleander flowers and of Venus. A statue of Venus, with a gold-mesh bikini, stood in its centre and is now in the museum. House of Loreius Tiburtinus (II.ii.2): a rivulet with two bridges runs through the garden. House of Venus Marina (II.iii.3): a grand house with spectacular wall paintings showing plants (myrtle, rose, ivy etc). Villa at Oplontis, (at Torre Annunziata, on the coast between Pompeii and Herculaneum): a fragment of a once luxurious villa with internal courtyards, surrounded by a garden in which the ancient tree-positions can be seen. As with the garden plan in Amenophis III's tomb, the resemblence of Pompein gardens to their modern counterparts is uncanny. Most visitors will find it easier to imagine themselves living here than at palace gardens built in the seventeenth and eighteenth centuries. 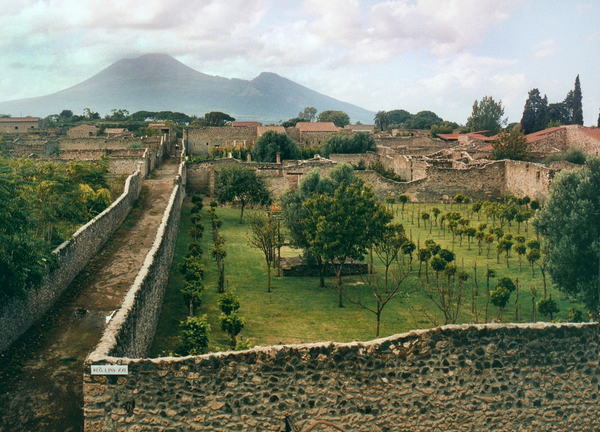 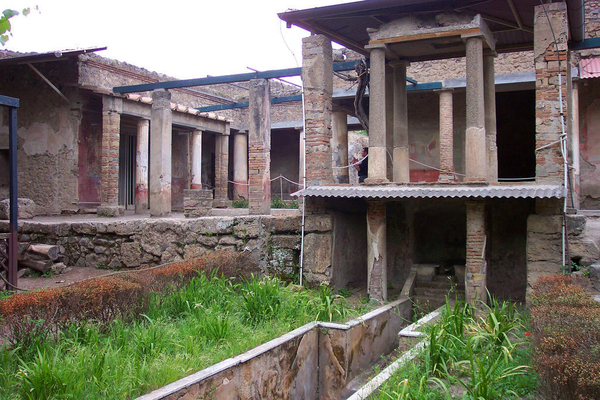 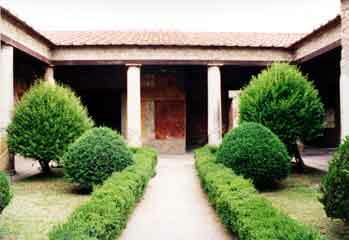 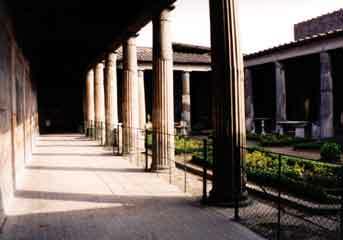 All year. Daily Open 9am to 2 hours before sunset.