A Dutch baroque garden with rich decoration, made by William and Mary, who later held the English throne. Foreign visitors have often seen Het Loo as 'the Versailles of Holland', because of its axial layout, fountains, parterres and statues. Dutch critics aknowledge a slight debt to French ideas but emphasise its national identity. William of Orange had, after all, been made stadtholder of the Netherlands in order to resist Louis XIV's power and Roman catholicism. At Het Loo, William's garden does not dominate the landscape. It is an enclosed space, tucked into the woods for private enjoyment. Outside the garden there are a few avenues, for hunting and for scenic effect. The box parterres in the lower garden are simple by the standards of the time. The Great Garden has a central axis and radiating walks designed by a protestant refugee, Daniel Marot, who was described as a mathematician when he designed the garden. Orange trees were placed in the garden as an emblem of the Prince of Orange and for their association with Hercules. William III, a new Hercules, had defended his country and his faith against France's Apollo, Louis XIV. [info pages 18 & 31 of Anglo-Dutch Gdn]. In the eighteenth century, William III's baroque garden was destroyed to make a landscape park. Beginning in 1970, the garden was fully restored for its 300th anniversary in 1984, with some of the old trees left to live out their natural lives in the lower parterre. In a curious way, the restoration adds to Het Loo's interest. The brickwork, trelliswork and ornaments are as brash as they must have been in 1684, though the use of cement mortar and concrete remind one that Het Loo is now a twentieth century garden and a manifestation of Europe's ever-growing passion for garden history. The first quotation is by from an English admirer of the protestant king who visited Het Loo in 1699. The 1984 restoration of the 1684 design was a significant indicator of the twentieth century's rising enthusiasm for garden history. Eighteenth and nineteenth century modifications were swept away, to allow a full re-creation of the 1684 garden. Very careful attention was given to the layout. Much less care was taken over the authencity of the construction and planting details. The new brickwork and re-constituted stonework has an ersatz flavour. But overall, the restoration project has succeeded in re-creating a lost garden. The fine trelliswork and gilded ornamentation remind us of the days when even the rullers of small countries spent lavishly on garden design. 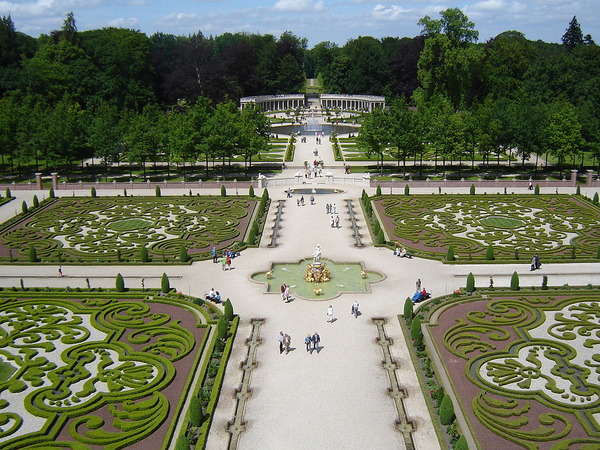 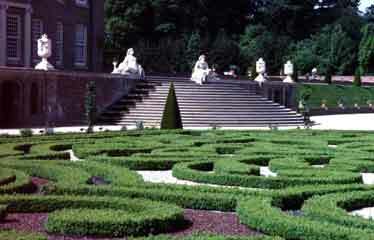 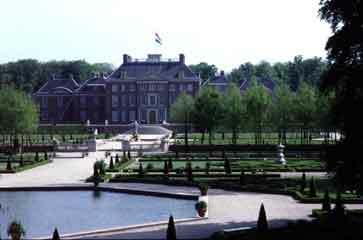 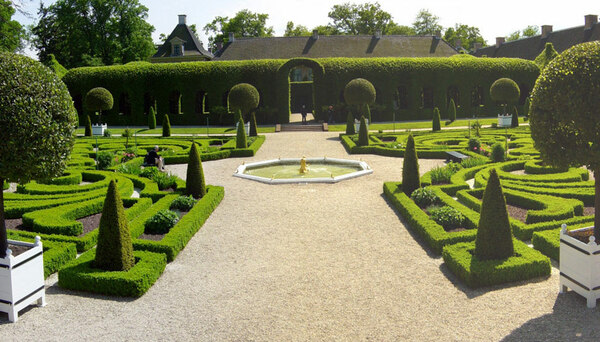 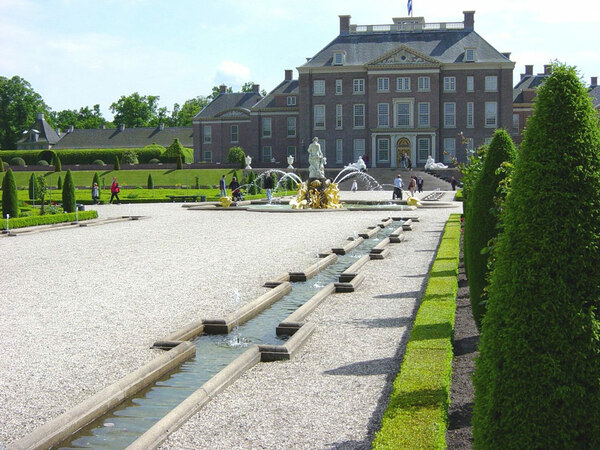 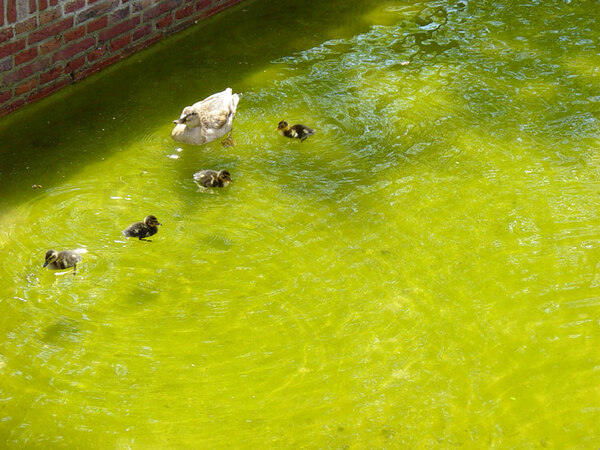 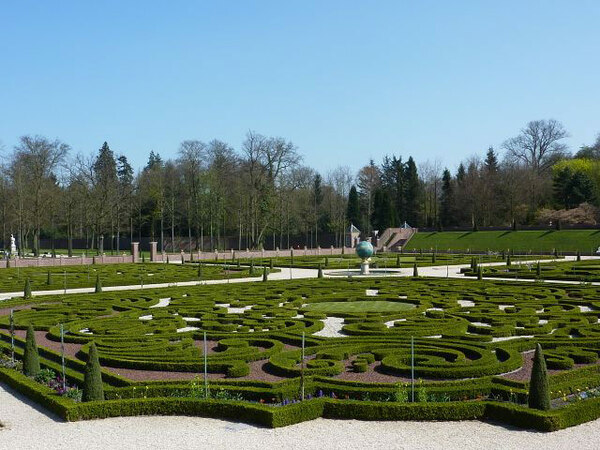 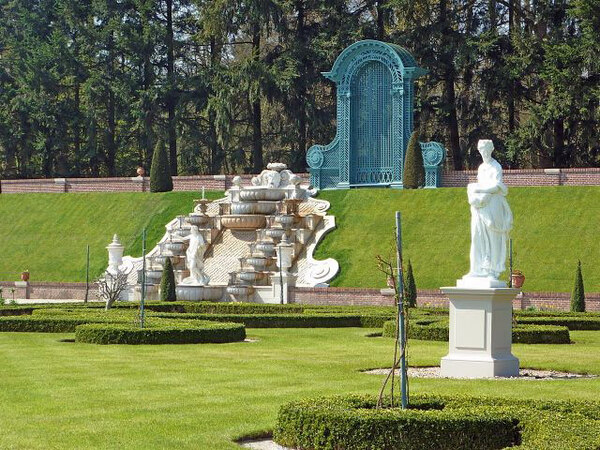