The garden was designed by Steve Adams and commemorates a winner of the Nobel Peace Prize - Philip Noel-Baker. It has a bog garden, an elaborate water feature, a white garden, bronze sculpture with good paving and planting details.  There are many symbols of peace throughout the garden, including a wrought iron garden depicting doves and olive branches. The garden was opened to the public in 1984 but in design terms it belongs more to the 1960s than to the 1980s. This is probably when the designer learned his trade. The layout is Abstract Modern, directly or indirectly inspired by Piet Mondrian's rectilinear paintings. Instead of creating the design with blocks or red, yellow, blue, black and white, as Mondrian would have done, it is created with rectangles of water, paving, grass and planting. The planting is Jekyllesque and it would be no bad thing if some of the rectangles were treated with Mondrianesque rectangles of bright floral bedding. The Noel-Baker Peace Garden has to be kept locked when not supervised to prevent vandalism and to stop the local alcoholics taking up residence. Philip Noel-Baker was professor of law and a labour MP. He was also involved with establishing both the League of Nations, after the First World War, and the United Nations after the Second World War. See http://nobelprize.org/nobel_prizes/peace/laureates/1959/noel-baker-bio.html 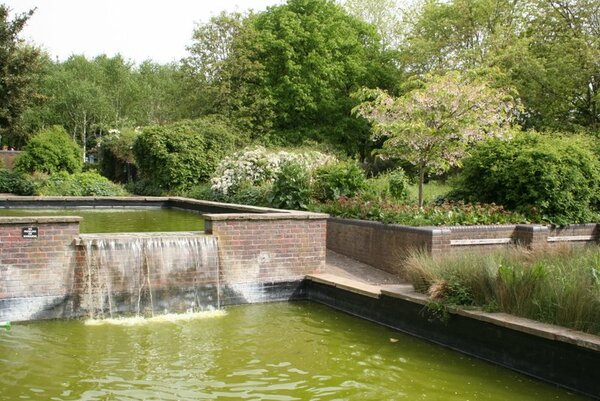 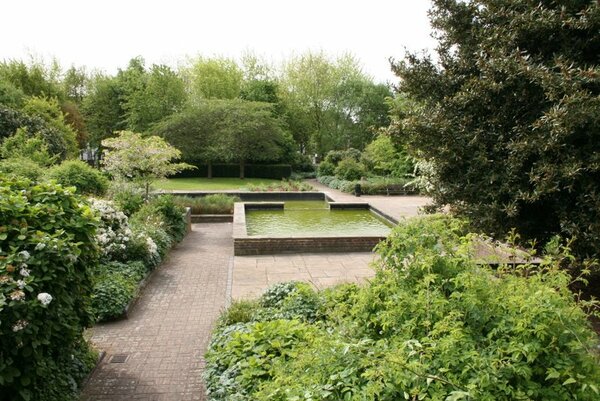