Sennacherib, who reigned from 705 to 681 BC, made Nineveh the capital of the Assyrian empire. He built what he called the 'Palace without a Rival' on the south west corner of the hill now known as Kuyunjic. It stands on the east bank of the Tigris opposite the modern city of Mosul. The hill rises to 30m and is made of the debris of earlier cities, most of it prehistoric with the lowest layer dating from c7,000BC. Sennachirib's city was laid out with streets and squares. His palace, excavated by A. H. Layard in 1845-51, had at least 80 rooms, many of them lined with the sculptures which are now in the British Museum. 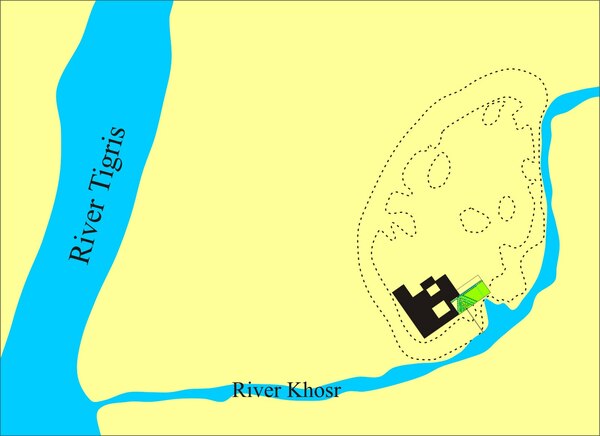