Prague Castle was heavily defended during the middle ages. When artilillery reduced the importance of fortifications, the land outside the walls became available for garden-making. The uppermost garden, south of the castle, is known as the Garden on the Ramparts, were made in conjunction with Maria Theresa's mid-eighteenth century palace. This garden has a baroque flavour and commands fine views of the city. Below this level, to the south, are a series of what were once private gardens which were extensively restored between 1973 and 1997. Street signs describe them as 'Gardens beneath Prague Castle' and there is an entrance fee. Idividually, the gardens are named after the families which owned them: the Ledeburska Garden, the Small Palffy garden, the Large Palffy Garden, the Kolowratska Garden and the Small Furstenberska Garden. Like most private gardens, they were subject to constant re-design. Careful historical work preceded the restoration but, with the exception of the Small Furstenberska Garden, which was in better condition, it has produced a sameness of treatment. Yet the gardens are of considerable interest. They have vineyards, small parterres, fruit trees and herb gardens. 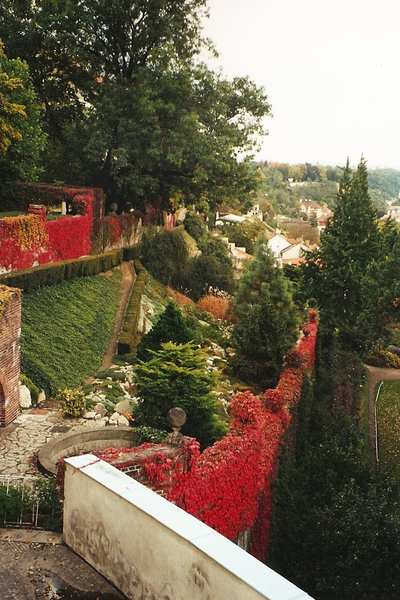 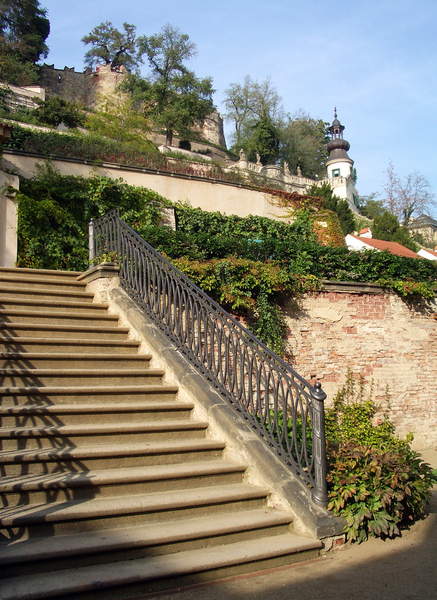