It is a pleasure to visit a high baroque garden where the designer, instead of trying to make another Versailles, has drawn upon Chantilly and other projects by Le Notre. Frederiksborg Castle was started in 1560 and rebuilt several times. Like medieval French lowland castles, it is in a lake. Construction of the baroque garden started in 1720. Frederiksborg is a beautiful turreted castle surrounded by water. It was used as a summer residence for the Danish royal family before becoming a national museum. The castle is arranged on three islands with its main axis projected over a fourth island and across the lake. A canal penetates the lakeshore on the line of the axis, which runs up a terraced hillside to an oval pond. The axis is defined by clipped box and pleached limes. After a period of neglect, a restoration programme was started in 1995. Departing from the axis to walk round the lakeshore gives one a different picture: of a romantic castle on an island in a lake in a park. It appears to be an eighteenth century landscape composition. 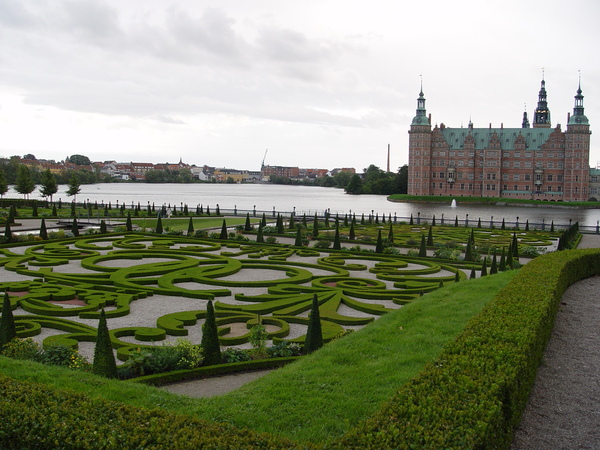 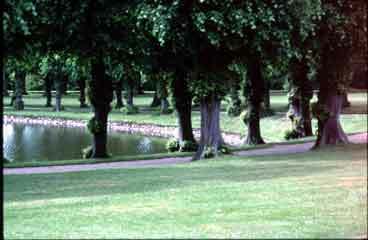 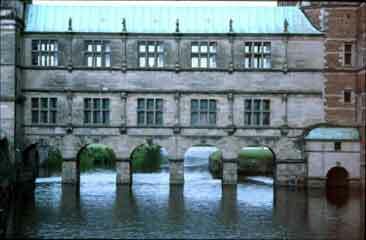