The estate was owned and designed by the Marquis de Girardin, who also wrote a famous book published in English as 'Essay on the means of improving and embellishing the country round our habitations' (London, 1783) [De la Composition des paysages, ou, des moyens d'embellir la nature autour des habitations, en y joignant l'agreable a l'utile (Geneva, 1777)], had it become famous, the park would surely have carried his name. But Rousseau admired the landscape style and came to live here and he became a key figure in European culture. The chateau is now a hotel and is separately owned. The park belongs to the Touring Club of France. There is a caravan park which has not destroyed the character of the section of the once-larger park which survives. Ermenonville is regarded as the first landscape garden in France, made in the Serpentine style after the owner's tour of English parks and a visit to William Shenstone at ferme ornee at The Leasowes. It has a lake, woods, a runined temple, a grotto and, its most famous feature, the island on which Jean-Jacques Rousseau was buried (pinpointed by the marker on the location map below). His tomb, now empty because his body was moved to Paris after the Revolution, has the inscription 'Here lies the man of Nature and of Truth'. There is also a Temple of Philosophy, left unfinished to symbolise the incompleteness of human knowledge. 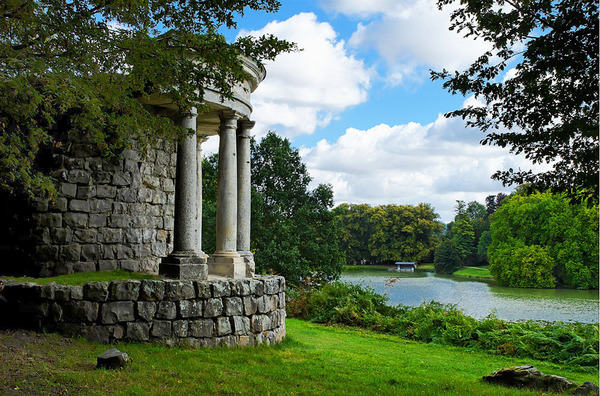 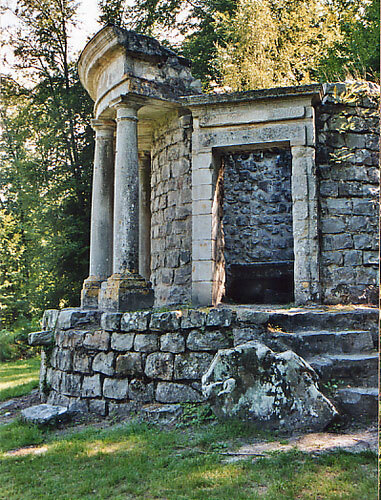 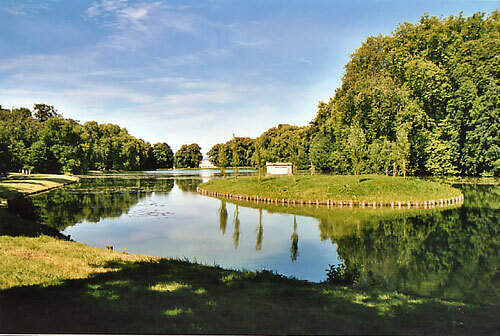