Theme Parks have been developed all over Europe and many of them are just collections of features and rides. Disneyland Paris is the best example of a theme park integrated by a landscape design. Its character is deliberately American. Forest planting, designed to resemble upstate New York, surrounds the entry drive. The Magic Kingdom Hotel has a turn-of-the-century American theme. Other hotel landscapes are inspired by Newport Bay and New Mexico. The Magic Kingdom itself has a would-be-Californian Disney character. Although theme parks are a twentieth century idea, their origins lie deep in the history of garden design (see gazeteer entries on Bomarzo, Alton Towers and Tivoli). The names given to the five sectors of the Magic Kingdom speak of the park's romantic inspiration: Adventureland: a land of 'mystery and enchantment' with an Adventure Isle, Caribbean pirates and the Swiss Family Robinson. Fantasyland: inspired by fairy tales, including the Sleeping Beauty, Snow White and Pinocchio. Discoveryland: futuristic themes and technological marvels Frontierland: draws upon legends of the wild west, with Wilderness Island and Big Thunder Mountain. Main Street USA: a modern representation of an American town circa 1900. Disneyland lies within the designated area of Marne-la-Vallée New Town, which facilitated its development. 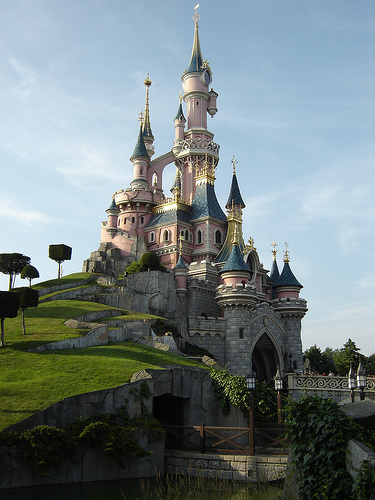 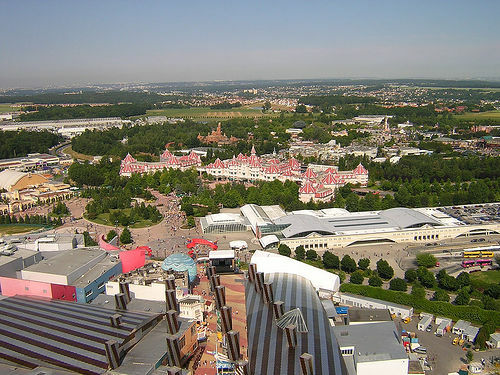 All year. Open 10am to 6pm or 7pm (or midnight in July August and French school holidays).