An early 20th century Arts and Crafts garden. The estate has been owned by the National Park Service since 1975. There is a walled garden, pergola, fern garden and mountain laurel allee.

The visitor enters through a dark allee of mountain laurel and opens a gate to find a formal stone pergola that runs the length of the garden. The garden is divided into the formal area, laid out in the 1930s by Mrs. Julia Redmond Cross and landscape architect Clarence Fowler. Head gardener Anthony Sailer developed the gardens over several decades. Since the 1970s, the nursery area has been developed into a wild garden by the Cross Estate volunteers.

The formal garden is walled and terraced, divided symmetrically along a center axis. The upper garden is enhanced with the two terracotta urns that stand in the center of each square. The paths and edging are brick. Perennials, bulbs and flowering shrubs provide a long bloom sequence in this sunny garden. The wild garden is primarily a native plant garden. 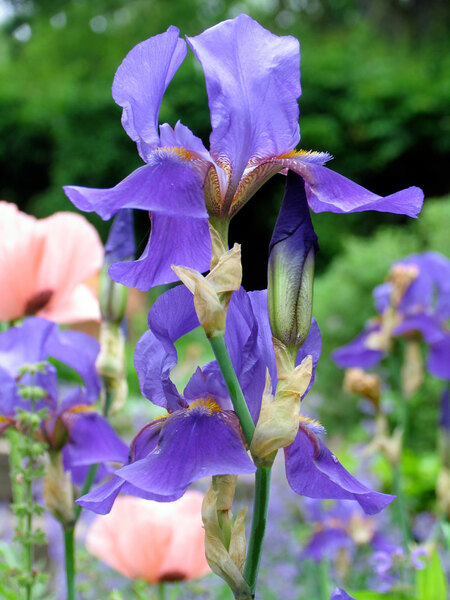 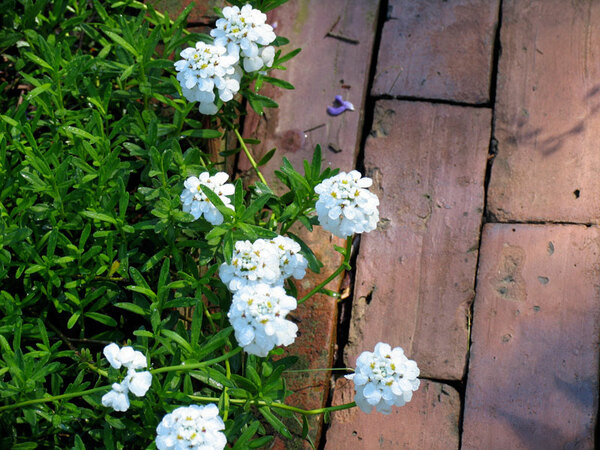 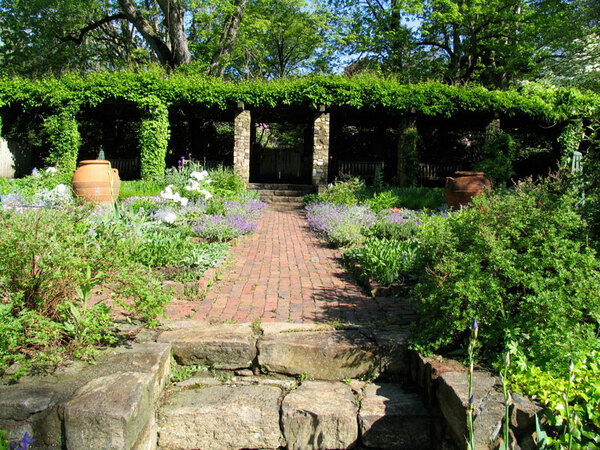 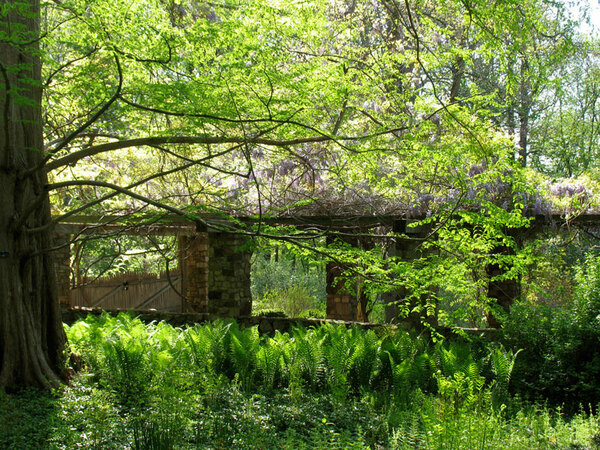 The house, originally built by the Bensel family, was purchased by W. Redmond and Julia Cross in 1929. It is one of the grand estate houses built around Bernardsville, New Jersey known at the time as the "Mountain Colony." It is a part of the Jockey Hollow National Historic Site and is maintained by a group of dedicated volunteers.

The wild garden boasts a large Enkianthus which spreads over the flanking path. Redbuds (Cercis canadensis) bloom in profusion each spring. A long stone pergola overlooks both the formal and wild gardens and is topped by a large wisteria vine which bloom profusely each spring.

The mountain laurel is artfully pruned by the deer to form a high archway, blooming white in late May. The meadow behind the house is full of poet's narcissus (N. poeticus) in April.