A Tudor house with a garden largely made since 1992, to designs by Christina Birch. There is a rose circle, an orchard with old varieties, a courtyard with a knot garden, a walk beside the River Arrow, a bog garden and a restored water meadow.

This summer, Coughton Court will celebrate its award-winning Rose Labyrinth with its annual Rose Festival. This event forms part of the 600th anniversary year of the Throckmorton Family’s residence at their Tudor home, Coughton Court.

The Throckmorton Family Rose Garden is recognised as one of the finest in the world and received the Award of Garden Excellence from The World Federation of Rose Societies – the first British garden to have done so.

The garden boasts over 200 different varieties of roses - shrub, climbing and rambling roses including Damasks, Albas, Teas and Noisettes, Floribundas and many old fashioned English Roses. The breathtaking array of styles and scents make this rose garden something very special.

The Festival, which runs from Wednesday 24th June - Sunday 5th July, will be a delight for rose lovers, with Coughton Court’s Head Gardeners, Sam Tippens and Tim Green, on hand to answer questions and conduct informal tours throughout the Festival. Visitors will also have the chance to take home some of the roses they’ve seen, at a 10% discount, from the family-run plant sales centre.

Another highlight of this year’s rose celebrations is a guided tour and rose workshop, organised in conjunction with the RHS, on Saturday 18th July. Expert rosarian Peter Beales will give tips on feeding, spraying, pruning and deadheading, as well as a discussion about the strengths and weaknesses of many different rose varieties. 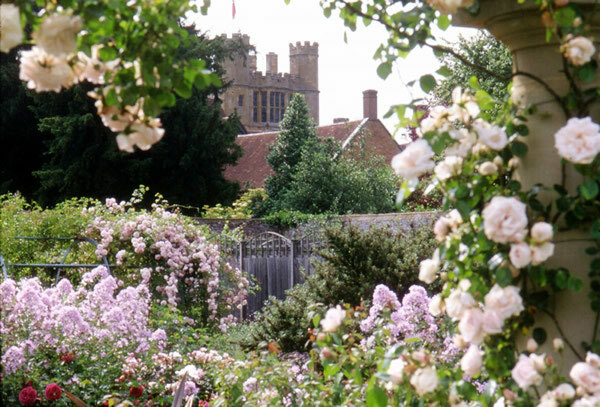 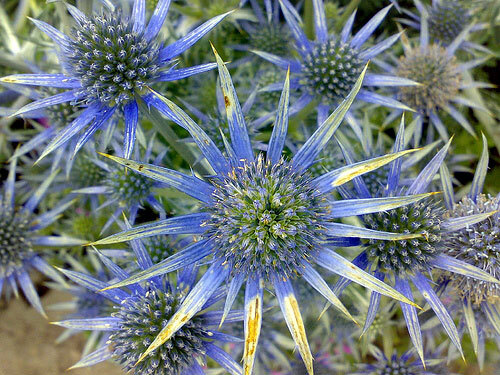 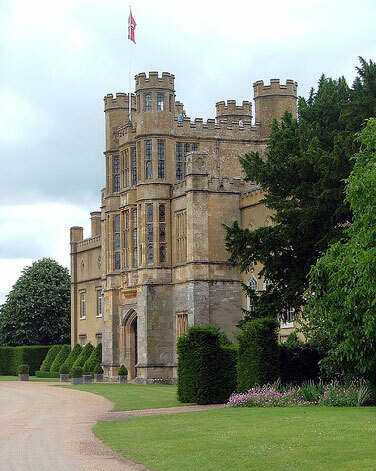 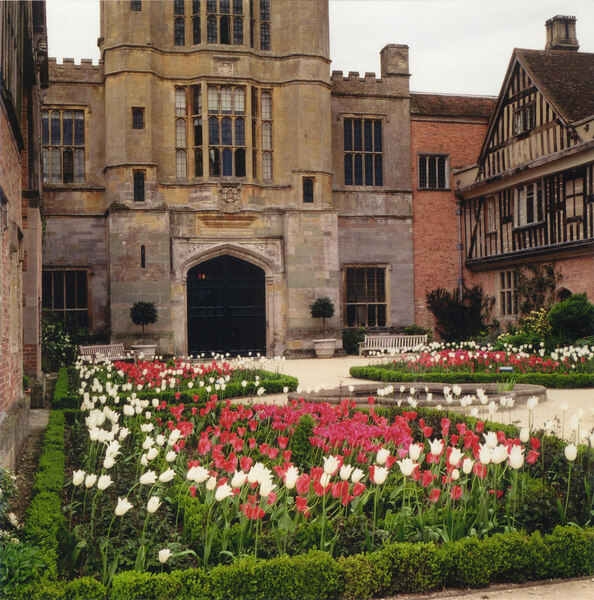 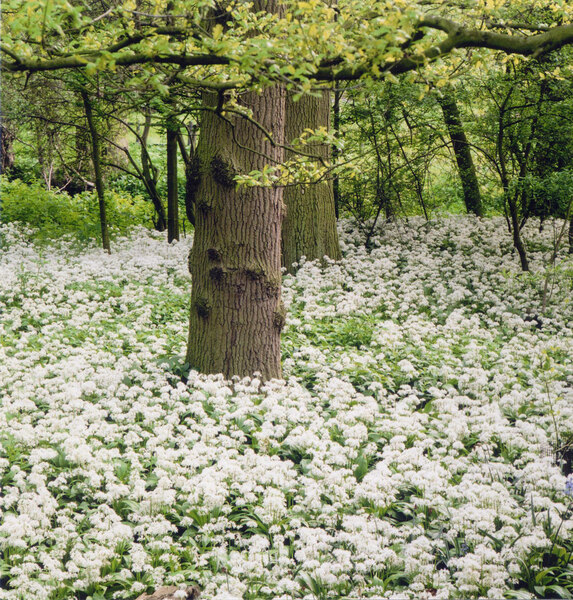 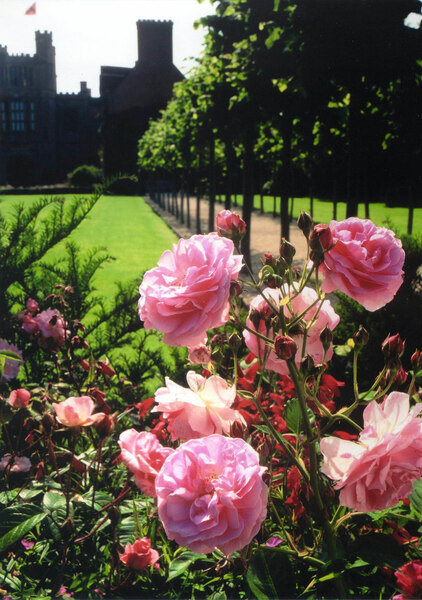 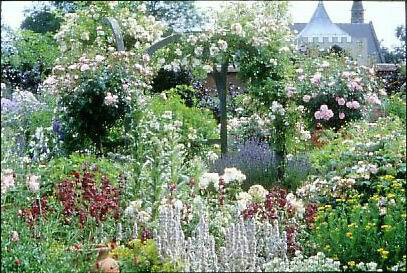 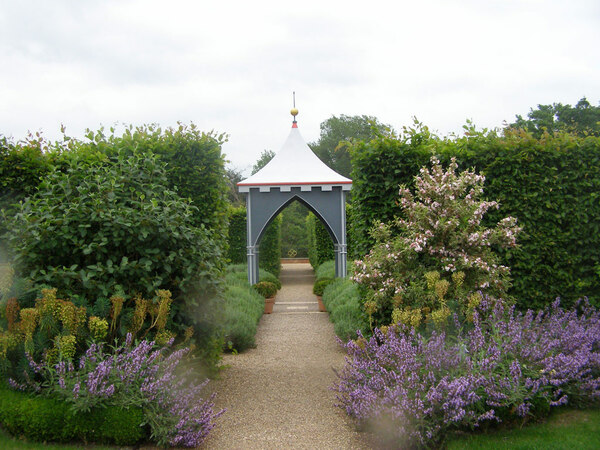 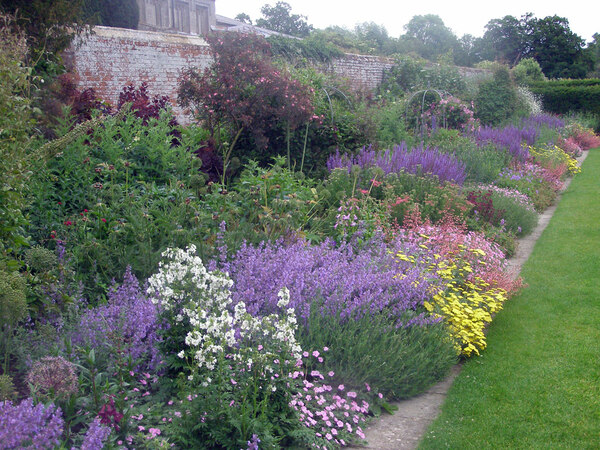 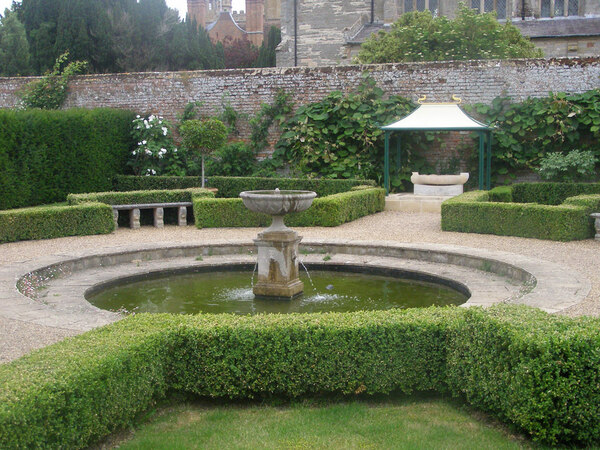 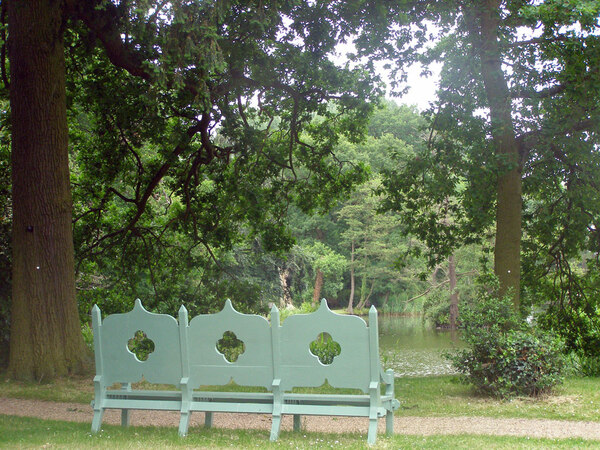 The Throckmorton Family Gardens are still owned and managed by the Throckmorton family who have lived on the estate since the early fifteenth century.

Historic house Coughton Court stands in 25 acres of grounds containing some of the most breathtaking gardens in the country. After inheriting the estate in 1992, it was Clare McLaren-Throckmorton's intention, together with her daughter, the acclaimed garden designer Christina Williams, to create a garden that gives this beautiful house the setting it deserves. Created over the last 17 years, the gardens are now mature and varied and are solely managed by the Throckmorton family.

The Family Gardens are now recognised as being amongst the best in England with many wonderful elements, including the famous Walled Garden, two sunken gardens and Early Summer Garden, formal lawns, lake and Bog Garden, riverside walks, a formal courtyard garden, vegetable garden, orchard and fruit garden.

The Award-winning Rose Labyrinth
The Rose Labyrinth garden was created in the magnificent grounds of this historic house in 1996 by Christina Williams as a gift to her mother, Clare McLaren-Throckmorton.
Recognised as one of the finest rose gardens in the world and situated within the Walled Garden, the Rose Labyrinth has over 200 different varieties of shrub, climbing and rambling roses which include Damasks, Albas, Teas & Noisettes, Floribundas and many old fashioned English Roses. They grow in mixed borders with herbaceous under-planting including hardy geraniums, violets and achilleas. The breathtaking array of styles and scents make this rose garden something very special.
At the centre of the Labyrinth stands a statue of ‘Fair Rosamund’ surrounded by the historic rose, Rosa Mundi. Rosamund Clifford was the lover of King Henry II and was poisoned in the labyrinth at Woodstock by the jealous Queen Eleanor.

In 2006, The World Federation of Rose Societies awarded Coughton Court the ‘Award of Garden Excellence’, the first British garden ever to receive this honour.

Every year a Rose Festival is held at Coughton Court and in 2009, it runs from Wednesday 24th June to Sunday 5th July inclusive.

The Walled Garden
The Walled Garden, opened by Alan Titchmarsh in 1996, is undoubtedly the ‘jewel in the crown’ of the Coughton Court gardens. Comprising a series of ‘garden rooms’, this garden provides a range of garden experiences, including the Red Garden, White Garden, Rose Labyrinth, Early Summer Garden, Pool Garden, and Hot and Cool Garden – a riot of colour provided by two magnificent herbaceous borders, dedicated to the memory of Professor Alphonsus d’Abreu, father of Clare McLaren-Throckmorton, the present owner of Coughton Court.

Within the Walled Garden is the Tsunami Noni. Created by sculptor Rosie Musgrave, this statue is carved out of a single piece of limestone over 140 million years old. The statue is dedicated to the memory of these who lost their lives in the Tsunami on 26th December 2004. It was brought to Coughton Court in 2005, from Exeter Cathedral, by Mrs MacLaren-Throckmorton and her husband Mr McLaren, who died in 2007 before the sculpture could be unveiled. It is now on display in the Pool Garden in a hand crafted pagoda designed by David Braine.

Designed by Mrs McLaren-Throckmorton’s daughter, Christina Williams, with the help of Ian Tyler, garden designer and General Secretary of The Daffodil Society, the garden boasts over 20 different varieties of the Throckmorton Daffodils. These are a rare group of daffodils developed by the late Dr Tom Throckmorton, an American relative of the Throckmortons, in the USA and brought to Coughton Court in 2005. These late flowering daffodils are the only ones of their kind in Europe and are not commercially available in this country making the collection at Coughton all the more unusual: 22 of Tom Throckmorton’s 51 daffodil cultivars have so far been obtained, and it is the family’s hope to, one day, bring the entire collection back to the ancestral home.

In the centre of the new Daffodil Garden is a metal sundial called The Armillary, which was a gift from the American branch of the Throckmorton family, donated as part of the millennium celebrations in 2000.

In 1997, the Throckmorton Family Gardens were awarded the Silver Gilt Medal from The Daffodil Society for an outstanding contribution to growing and cultivating daffodils – the first British garden ever to win the prestigious award.

Early Summer Garden
In this garden wisterias are trained over raised hoops and under planted with peonies, which is the main focal point at this time of the year. It is a garden of paler colours that changes to deeper shades of blue and red with the added splash of white.

Lake and Bog Garden and the Riverside Walk
The south and east aspects of the garden provide an attractive and peaceful riverside walk through woodland towards the Bog Garden, which contains a wonderful collection of ferns, hostas and native marsh plants. A board walk across the garden brings visitors closer to nature. In summer this garden is alive with dragonflies and butterflies.

The Sunken Gardens
Two lime walks, parallel and pollarded, lead from the house and culminate in two sunken gardens, heavily planted with roses and an array of perennial flowers.
The sunken gardens themselves each have a distinct planting scheme, giving them the titles The Silver Sunken Garden and The Golden Sunken Garden.


The Courtyard Garden
The first priority, in the autumn of 1991, was the redesigning of the courtyard and the lawns beyond. The courtyard design was loosely based on that of the Elizabethan knot garden, echoing Coughton’s Tudor architecture. The quatrefoil pool, designed by Christina, was inspired by stone detailing on the house. Much care has been taken to create the impression of symmetry in what is, in reality, a highly asymmetric space.

Orchard and Fruit Garden
The Orchard reflects Warwickshire's and Worcestershire's tradition of fruit growing by embracing predominantly old and traditional varieties of the locality, especially apples and pears. The plums and cherries growing on the walls are more utilitarian and include varieties from other areas. There are some unusual fruits including quinces, medlars and – recently added – The Worcestershire Black Pear.

The Vegetable Garden
This produces home-grown vegetables from traditional local varieties, which are used by the Throckmorton family and their chef. Environmentally conscious methods are used and the vegetable garden is entirely chemical free.

April to September: open Wednesday to Sunday and Bank Holiday Mondays. Also open Tuesdays in August and weekends in October. Open 11am to 5.30pm.