These gardens are laid within the grounds of an old Phillips factory from the 60's. They were originally designed by Mrs. Van der Harst, landscape designer and wife of the then Philips factory CEO. The original layout and planting palette had a distinct Californian flavour, and the intellectual approach was progressive: the gardens were intended to give workers respite during their working day and even at weekends and holidays.

When the factory closed down in the late 80's, the garden turned to a wild state that protected it from the outside world. It was literally "discovered" in 2000. It turned out that his garden has some of the largest tree specimens for some species found in Barcelona, and it was decided to refurbish and upgrade this space to a memorial garden dedicated to the Declaration of Human Rights. The preliminary design and basic design was the work of the Architect Jaume Graells. The final design was developed by the Parks and Gardens Architect Rosa Lopez, with the help of the Landscape Architect Gabino Carballo and the Horticultural expert Lluís Abad.

It was the first public space in Barcelona to be designed with Sustainable Drainage Systems.The factory buildings were converted to other uses, including a library, a surgery, a shopping mall and an art centre. The renewed gardens were opened in 2008. 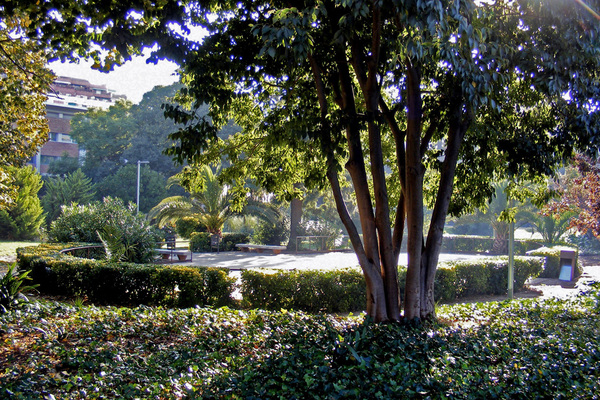 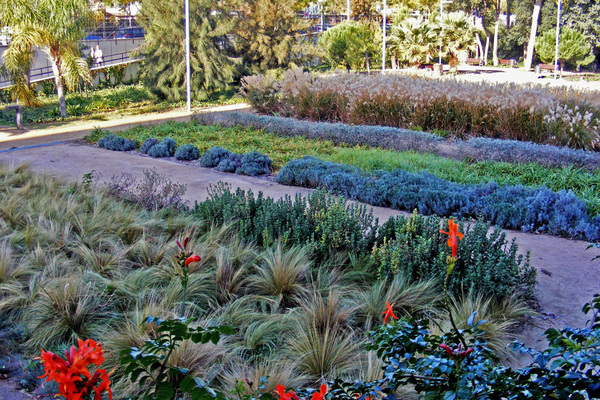 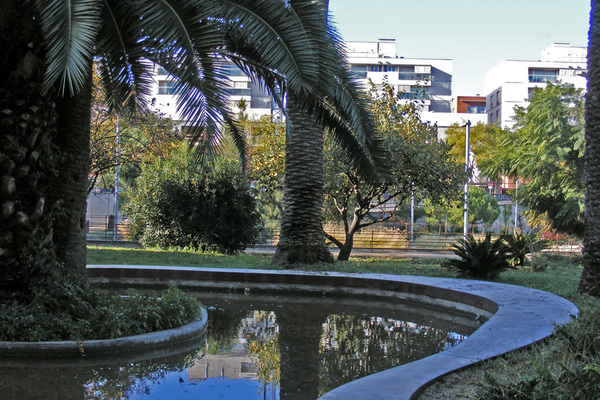 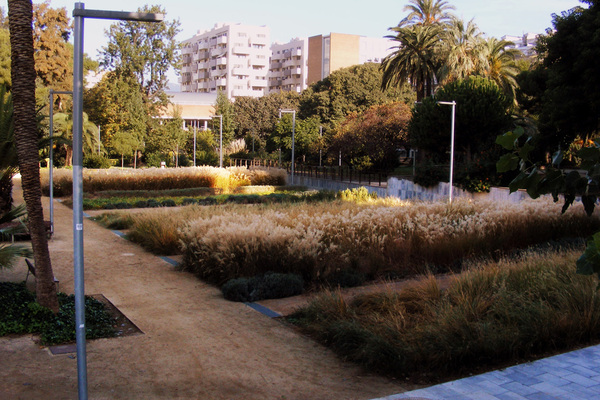