Canterbury Cathedral   was founded in 602 rebuilt after the Norman Conquest (1066) by the first Norman archbishop Lanfranc (1070-1077). He also built the cloister when is shown on the oldest European garden drawing (1165) of an actual cloister. The cloisters were rebuilt in the 15th century. See blog post on the social use of cloister gardens and information on monastic cloister garths.

Canterbury was founded as a cathedral (ie the seat of a bishop). It then became a monastic instutition, Christ Chuch Priory, which was disolved in 1539. The cloister, which was the heart of the monks' daily routine, survives. 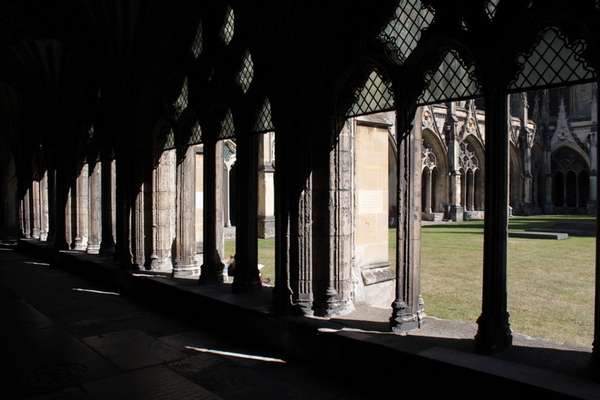 There is an entrance fee, except for those who are attending a religious service