A Medieval/Tudor moated manor house and garden. The planting design is predominantly twentieth century. There are herbaceous and shrub borders. The walled garden has box-edged rose beds and mixed borders.

The Walled Garden on the South side of the Castle known as the Ladies'Garden was established in the 1880,s on the site of the sixteeth century kitchens. The fleur de lys beds are planted with Rose 'Heritage' and Rose 'Gruss an Aachen'. The hedge against the castle is of Rose 'Felicia'. The other beds contain many old roses and herbaceous plants, together with shrubs such as hiladelphus and deutzia.
On the west side of the Ladies' Garden wall is a mixed border , with pink the predominant colour. The roses in this border include 'Fantin-Latour','Fritz Nobis', 'Frau Dagmar Hastrup', Marguerite Hilling', and climbing roses 'Albertine' and 'Purity'.

The border near the Gatehouse has a blue, yellow and grey themeand includes roses 'Maigold', 'Golden Wings','Windrush' and 'Schneezwerg',together with berberis, potentillas, hypericum and campanulas. 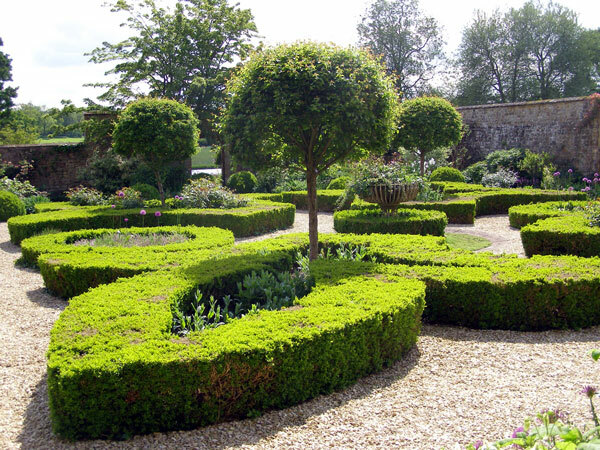 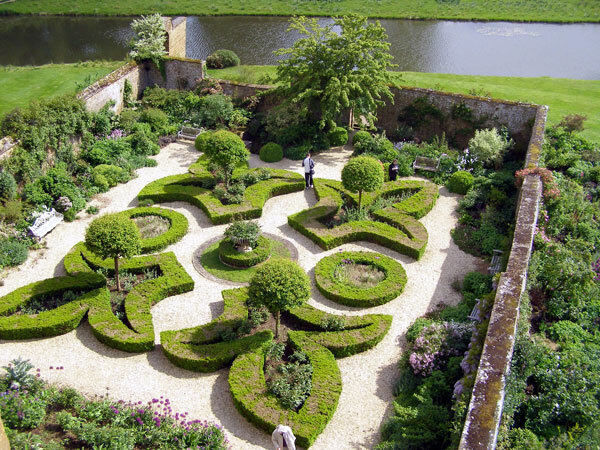 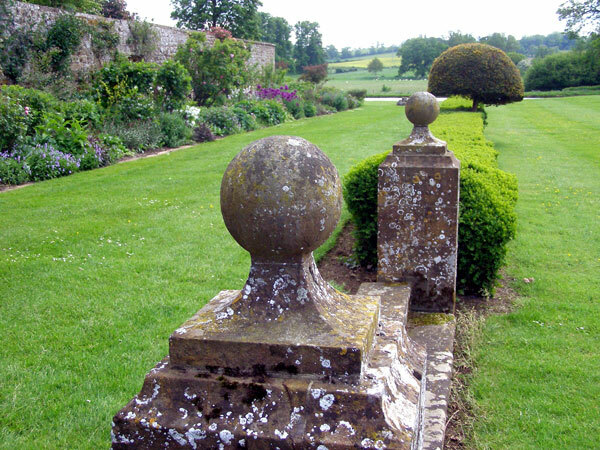 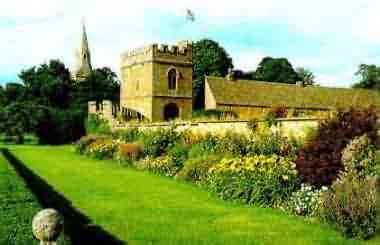 The existing planting is based on advice given by Lanning Roper in 1970, the work being carried out by th then gardener Bert Dancer.In the 1980's the planting was developed by Randal Anderson, like Lanning Roper also of American origin. The garden is now maintained and devloped by one gardener, Chris Hopkins.

1 May to 15 September. Wednesday, Sunday and Bank Holiday Mondays. Also Thursdays in July and August and Easter Sunday and Monday. Open 2pm to 5pm.