This is the garden for which the Mixed Style was first advocated, by Humphry Repton in his Red Book of 1813. Repton described his design as the 'child of my age and declining powers'. He proposed 15 different types of garden. After Repton's death, his proposals were adapted and implemented by Sir Jeffry Wyatville. As Repton wished, there is a notable mixture of features: an Italian garden, a circular Rose Garden, a Monk's garden and Holy Well, an Armorial Garden, a conservatory, a grotto and an avenues of Wellingtonias leading to an arboretum. [Repton proposed the following elements for his pioneering Mixed Style garden: a Lawn; a Pleasure Ground; a Holy Well; a Pomarium; a Monk's Garden; an Arboretum; a Magnolia and American Garden; an Embroidered Parterre; a Grotto and Garden for Rock Plants; a Cabinet de verdure; a Mount Garden; a Rosarium and Fountain; Connecting Interior Walks; an Open Terrace and Exterior Walks. Many of these features became classic elements of Victorian garden design]. In 1836, Loudon commented that 'The surface of the park is not without considerable undulations; but these are not heightened or brought into effect in a picturesque point of view by the emplacement of the wood. There is, also, a total want of water.' 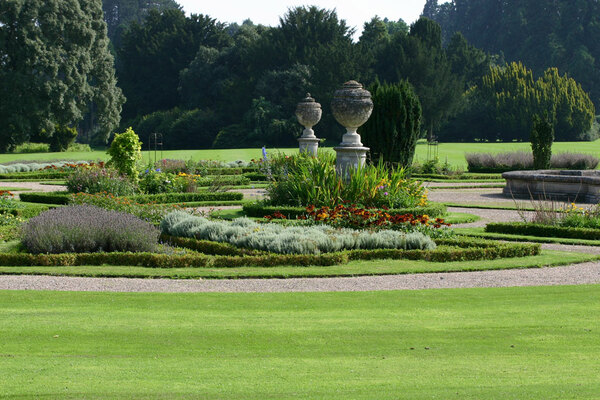 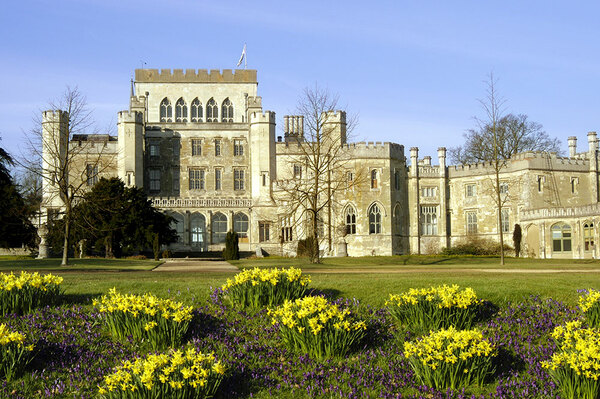 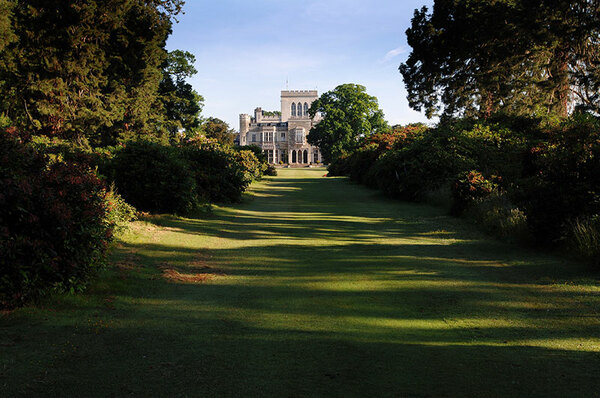