The palace, built in red sandstone and white marble, is Amber fort complex. The fort on a hill overlooking the lake, is entered through the Dil-e-Aaram Garden. A flight of stairs leads to the Diwan-E-Am (Hall of Public Audience). There are fine gardens in the lake below the fort. The ladies of the palace, it is said, used to travel by moonlight and by aerial ropeway from their harem quarters to the garden in the lake below the palace. This garden was planted with white night-scented flowers. We hope the story is true.

The Amber Palace was described by a nineteenth century traveller as ‘the greatest of all the attractions’ in Jaipur. He also wrote that “a fine spacious lake is reached, in the centre of which is a deserted palace, only accessible by boat. Basking on the banks and small islands are a number of enormous alligators, while others swim slowly about with their ugly backs just above the water”.  A Frenchman wrote that “You enter a court surrounded by palaces, rich in mosaics and sculptures, in the centre of which is a fairy-like garden.”  The Amber Palace has two garden courts and there’s a marvellous restored garden on an island in the lake below the fort. It used to be visited by the ladies of the harem at night - to enjoy the white scented flowers. It’s called the Saffron Garden but in such a dry climate saffron crocuses would have to have been replanted each autumn 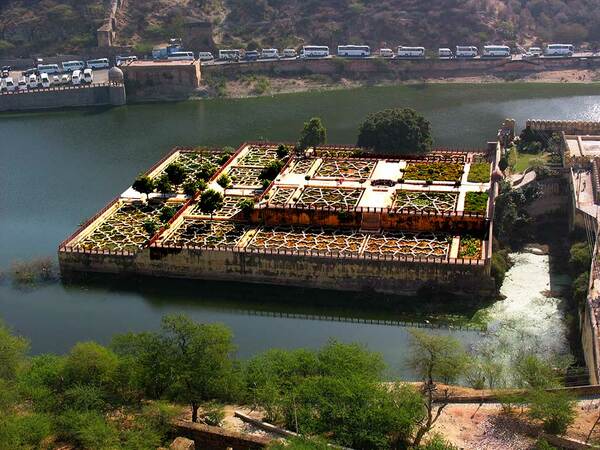 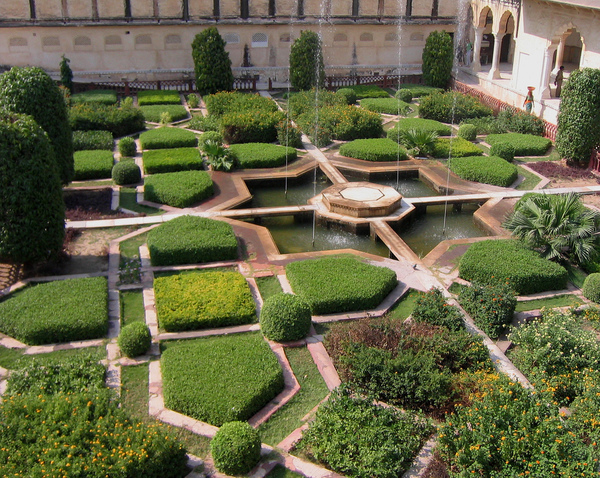 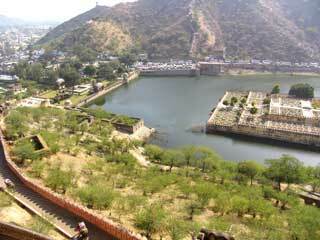 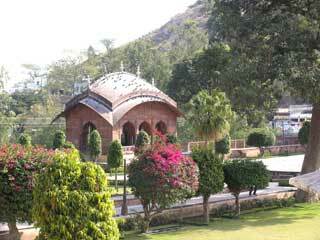 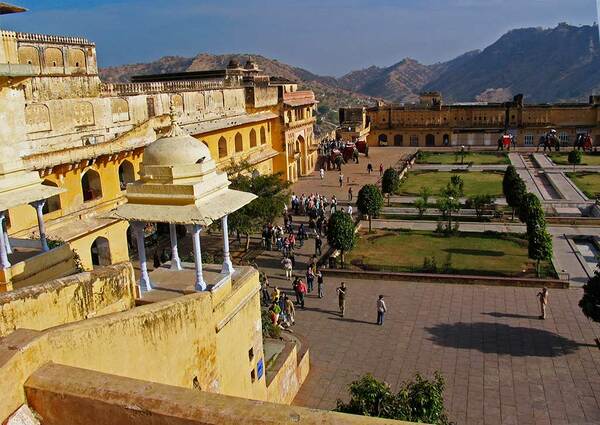 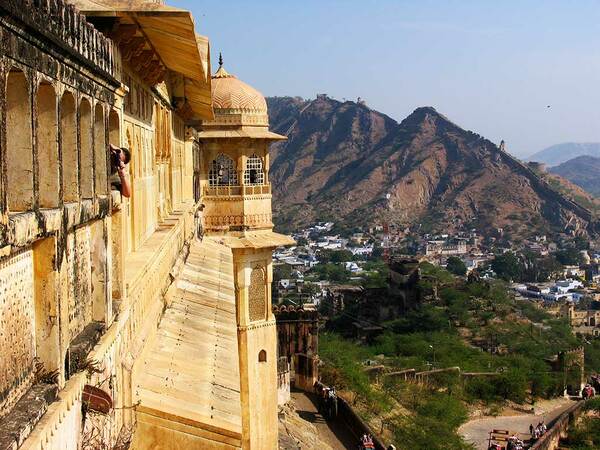 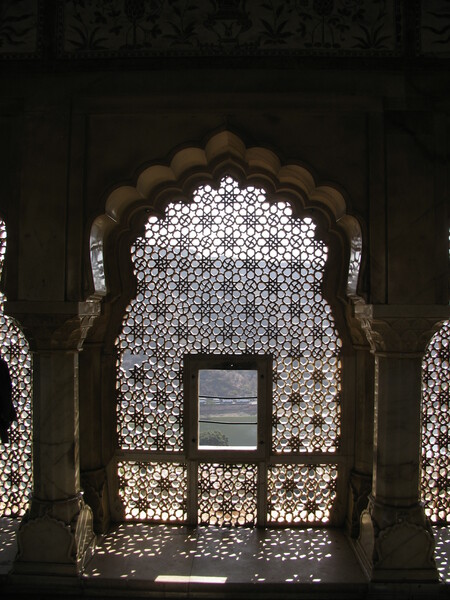