One has to admire the Duchess of Northumberland's courage in initiating a large new garden in the grounds of an ancient castle - and also her stamina in arranging so much money to pay for the works. When the first phase opened in 2002 the project was half complete. This is too early a stage to make a judgement, but one can try. There is herbaceous planting in the old castle vegetable garden. It is well done but unremarkable. On the hill outside the vegetable garden a large water feature with a curvaceous cascade and fountains has been made. One hopes it will look better when the planting becomes more established but in the opening year it looked bare and charmless. Making the type of comparison with major European gardens which the Duchess intended, leads to the following conclusions: (1) the scale is not well judged - it is too small to be awe-inspiring and too-large to be charming (2) the curving shapes do not work well on the hillside (3) it is a pity that the whole cascade is visible at one glance. Comparisons with historic water features are instructive. At the Villa d'Este, the fountains are smaller but far more fun. At Versailles, the fountain basins are smaller but more numerous - one has to hurry from place to place to take in all the water events. At Schonbrunn, the central fountain is comparable in size to the new Alnwick feature but better located and far more impressive. At Rousham, the water features are small scale but intruiging. Perhaps the problem with the Alnwick garden is that the designers were more concerned with 'hard and soft detailing' than with making a contribution to the interpretation of nature and the history of art. Charles Jencks achieved much more, with less money, at the Scottish National Gallery of Modern Art in Edinburgh. 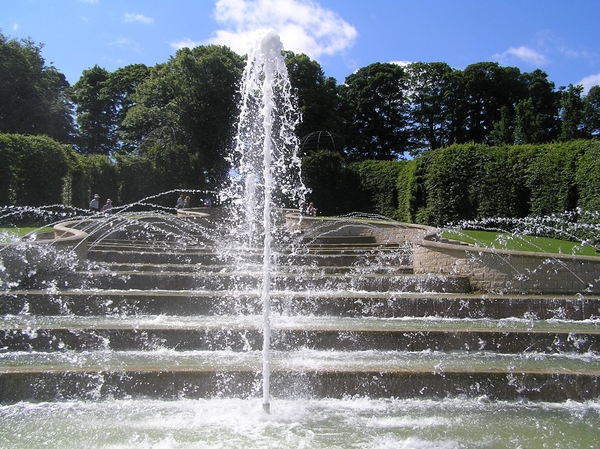 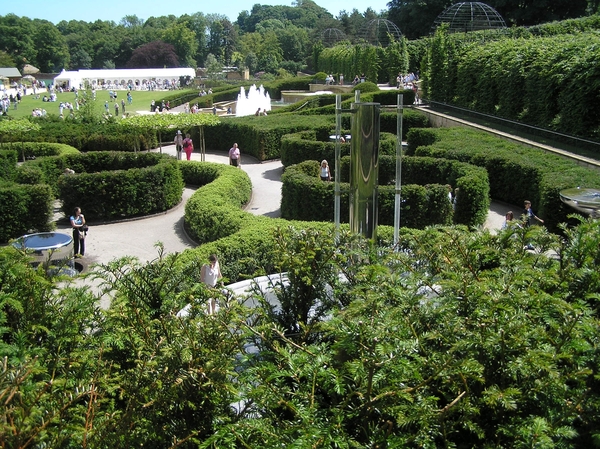 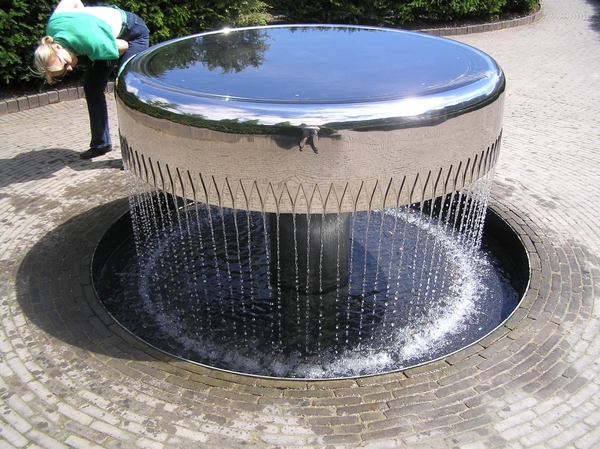 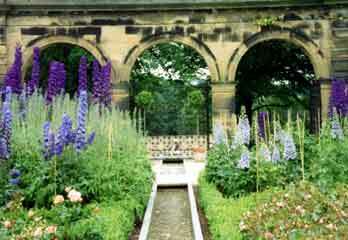 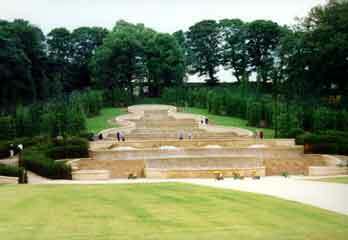 All year. Daily except Christmas Day. Opens 10 am.