The Abu Dulaf Mosque was built between 859 and 861 on the same plan as the Great Mosque of Samarra but is better preserved. It has a spiral minaret and a great open courtyard which was used for Friday prayers. On the east bank of the Tigris, about eight kilometers north of Samarra, the area is likely to have been irrigated and more vegetated when the mosque and minaret were built. 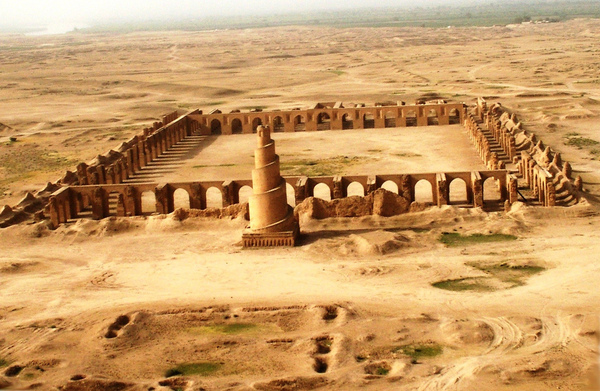