A sixteenth century house with a 5 acre garden in the centre of Malmesbury. The garden has been developed by the Pollards, who bought Abbey House in 1994. There is a Knot Garden with a well, laburnum tunnel and extensive collections of roses and herbs. But, on balance, the garden design style is Postmodern.

A garden of great diversity. Up to date but on an ancient hill. Bold, atmospheric, romantic, soothing yet inspiring and containing more plants than many botanic gardens. We've created it all from nothing in ten years but visitors say it looks like it's been here for ever.

Good soil with a huge range of micro-climates.....what more could a gardener want? A feast for the eyes in any season and planted to maximise the interest for visitors whether on legs or with wings! Why not come and see for yourself? We can arrange guided tours for groups by appointment or even arrange a talk on the garden's development either here or at a group venue. Please enquire 01666 827650 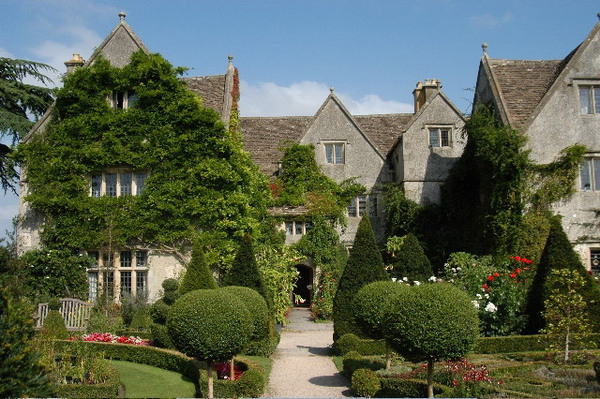 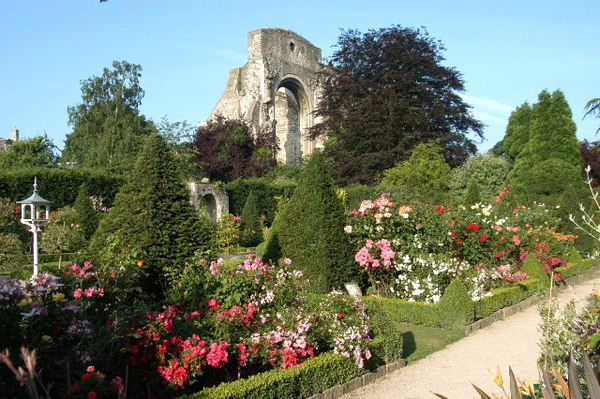 The site once formed part of a Benedictine Monastery the remnants of which now function as Malmesbury's Parish Church next door. The Abbot's Garden was bought after the Dissolution by a wealthy clothier, William Stumpe and a late Tudor mansion built from former Abbey stones. A very varied history of decline and rebuild over the following centuries included a period as a Governor's residence during the English Civil War. Divided up at some stages and brought back together at others, the property was again empty and neglected when the present occupiers bought it in 1994 since when the glorious gardens have been planted up and opened to the public to world class acclaim.